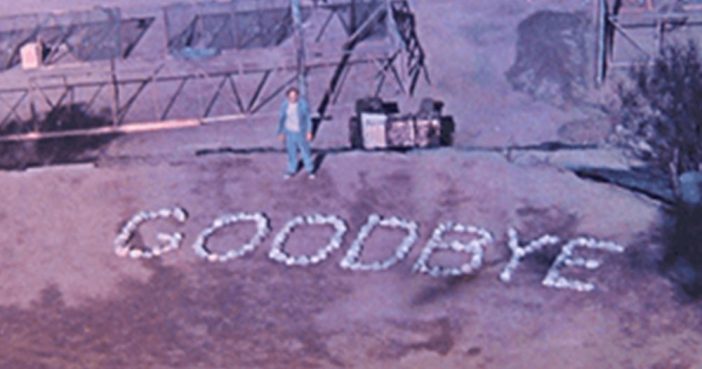 DYR looks back at other memorable series closers over the years.

Many television writers, including Marta Kauffman, creator of Friends, consider “The Last Show” the “gold standard” of series finales. It had humor—particularly when the show’s fictional station manager elects to retain the dim-witted Ted Baxter (Ted Knight) and fire the remaining staff—and heart, as departed cast members Rhoda (Valerie Harper) and Phyllis (Cloris Leachman) returned for a final goodbye. We could almost feel the warmth of the memorable group hug through our television sets.

“Goodbye, Farewell and Amen” doubled as a two-and-a-half-hour television movie and the 256th and final episode of M*A*S*H, and to this day remains the highest-rated series finale of all time. We saw the Korean War end as Hawkeye and the gang of the 4077th flew off into the sunset with the simple word, “Goodbye,” spelled out on a launch pad.

“The Final Newhart” episode revealed that it was all a dream for Vermont innkeeper Dick London (Bob Newhart) when he woke up in Chicago as Dr. Robert Hartley, the therapist he portrayed from 1972 to 1978 on The Bob Newhart Show. In bed next to him was his wife in the first series, Emily (Suzanne Pleshette). Sadly, this meant that the three Daryl brothers never existed.

“One for the Road” left nothing unresolved for the gang at everyone’s favorite Boston bar. Rebecca got a ring, Woody became a city councilman, Cliff earned a promotion, and Norm finally re-entered the work force. As for Sam and Diane, the couple realized they weren’t meant to be, and Sam learned he couldn’t be unfaithful to his one true love, Cheers.

Seinfeld is one of the few shows on this list that never actually jumped the shark, gaining steam and viewers right up until its final season. Nevertheless, there were those who didn’t care for the plot of the farewell episodes, split into two parts that were aptly titled “The Finale,” but we loved all of the cameos and Jerry’s prison routine. Besides, what else did you expect from a show about nothing?

For any true fan, the understated last scene of this series was about much more than Sipowicz going though paperwork and arrest reports in his office. Some might say that the final moments of “Moving Day,” in which he’s seen shuffling through the debris on his desk, is a testament to his longevity and the pain and suffering he endured during his last 12 years on the job.

Okay, so we all knew Ross and Rachel would somehow find their way back to each other. But few expected the suspense to build the way it did over the course of this two-part finale, titled “The Last One,” when Ross confesses his love for Rachel just as she’s boarding a plane.

Talk about open-ended. “Made in America” was one of the most anticipated and talked-about series finales in history. From the palpable silence of the last few scenes to Meadow Soprano’s perfunctory parallel parking, each second felt like a lifetime, especially when audiences expected the mob boss to get whacked. The final scene cuts to black near the end of Journey’s “Don’t Stop Believin’,” precisely after the phrase, “Don’t stop.”

A montage of the Fishers’ entire lifetime is underscored by Sia’s eerie ballad “Breathe Me,” as seen during Claire’s solemn drive in the final scene of “Everyone’s Waiting.” Instead of the usual flashbacks, we’re left with flashforwards to milestones in the characters’ subsequent lives.

One thing we loved about the end of this gripping urban drama was the fact that no questions were left unanswered. From Carcetti winning the governor’s chair to McNulty’s early retirement and return to Baltimore to Dukie’s descent into drug abuse, “—30—” was as much of an emotional ride as the rest of the series.

Previous article: Can You Guess the Name of this Artifact?
Next Post: February 17