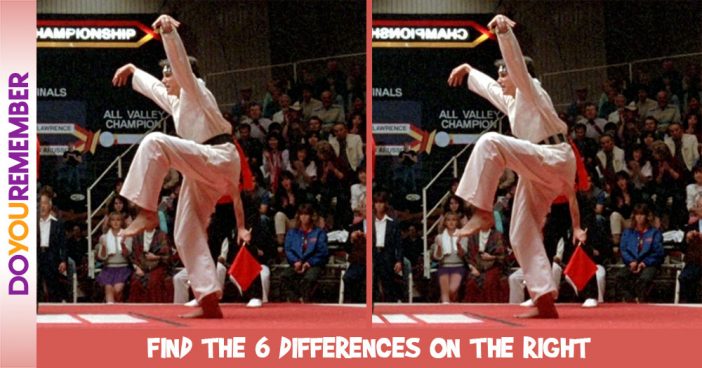 And Just For You, Some Little Known “Karate Kid” Facts

1. PAT MORITA WAS INITIALLY TURNED DOWN FOR THE ROLE OF MR. MIYAGI In the early 1980’s, Pat Morita was best known for his comedic work as Arnold, the restaurant owner on Happy Days. According to the 2013 book The Films of John G. Avildsen, Morita was Avildsen’s first choice for Miyagi; however, producer Jerry Weintraub felt that audiences would not take him seriously in the role due to his background in comedy. After Morita grew a beard and added a Japanese accent to his screen test, an impressed Weintraub had a change of heart and Morita was given the part.

2. DANIEL WEBBER IS GONNA FIGHT… Wait. What?!? It sounds blasphemous, but in original versions of The Karate Kid script, Daniel LaRusso’s last name was Webber.

3. …AGAINST DONALD RICE While we’re at it, let’s get this out of the way, too. Johnny Lawrence’s name was originally Donald Rice.

4. “YOU’RE THE BEST” WAS ORIGINALLY WRITTEN FOR A DIFFERENT MOVIE Although “You’re the Best” will be forever tied to the montage of fight scenes during the All-Valley Karate Tournament, Joe Esposito’s song was originally written by Bill Conti and Allee Willis to be used in Rocky III. It was ultimately replaced with Survivor’s “Eye of the Tiger.” Esposito revealed this information in a 2008 interview on the Adam Corolla Show where he suggested that “You’re the Best” was turned down for use in the movie Flashdance as well, and was replaced with Michael Sembello’s “Maniac.” The ’80s truly had an embarrassment of riches when it came to montage songs.

5. FREDDY TAKES ONE IN THE FACE As Daniel and his new friends play soccer on the beach, his eye is caught by Ali Mills, the beautiful blonde from the Hills. Coolly trying to impress her, Daniel shows off his soccer skills only to have the ball knocked away by Freddy (played by Israel Juarbe). Watching closely, you’ll see that poor Freddy takes a direct hit to the face as he brings Daniel back to reality.

6. DANIEL’S ICONIC SHOWER COSTUME IS FORESHADOWED IN MIYAGI’S WORKSHOP At the Halloween dance, Daniel mentions that his shower costume was made by a friend. The assumption that he’s referring to Mr. Miyagi is confirmed in the previous scene where parts of the shower costume can been seen hanging in the background as Miyagi prepares jack-o-lanterns in his workshop.

7. MOST FILMING LOCATIONS ARE STILL INTACT AND LOOK MOSTLY THE SAME A few sources provide fascinating photos of the current state of many filming locations used in The Karate Kid. For the most part, these California-based locations are still recognizable and look very much the same as they did 30 years ago. For a complete look at these filming locations, visit itsfilmedthere.com or the Karate Kid Site at fast-rewind.com.

8. THE FILMING LOCATION FOR MIYAGI’S HOUSE WAS ONLY RECENTLY DISCOVERED Although most filming locations from The Karate Kid had been found long ago, Mr. Miyagi’s house always eluded avid location hunters. Until recently. Taking the art of finding filming locations to a whole new level, one fan did some major sleuthing to finally confirm the location of Mr. Miyagi’s house, which was demolished in the late 1980s. Read the details of Lindsay’s search at iamnotastalker.com.

9. MIYAGI’S WORKSHOP WAS ACTUALLY A PARKING LOT While the apartment complex itself looks very much the same in real life as it does in the film, one exception is the portion representing Mr. Miyagi’s workshop. Opening to the exterior of the building, this area of the complex was actually an open parking area which was walled off for the sake of the film. Comparing a shot from the film to an image taken from Google Maps Street View, this transformation is very clear.

10. TWO RUN-INS WITH JOHNNY WERE DELETED FROM THE FILM’S FINAL CUT The original Karate Kid script includes two confrontations between Daniel and Johnny which were eventually cut from the film. The first takes place in the school cafeteria just after Daniel has bought lunch for Ali. Seeing them about to take a seat, Johnny hurries over just in time to sneak a piece of blueberry pie onto Daniel’s chair. Standing up with his pants covered in blueberries, Daniel is equally embarrassed and livid. In a brave act of revenge, Daniel smears what is left of the pie across Johnny’s shirt and mayhem ensues. A photo from this scene can be found on the back of the B.B. Hiller novelization of The Karate Kid.

1. The Writing on the Sign Above the Door Has Been Inverted

2. Mr. Miyagi Has Been Replaced by a Young Man

3. There are Now 3 Squares on the Ground Instead of 2

4. The Girl in the Audience is now Wearing Shorts Instead of a Skirt

6. The Woman in the Audience Has Been Replaced With a Man

Previous article: Sitting Down with the Monkees Micky Dolenz – Exclusive Interview
Next Post: Incredibly Cool Inventions That Came to be Thanks to NASA