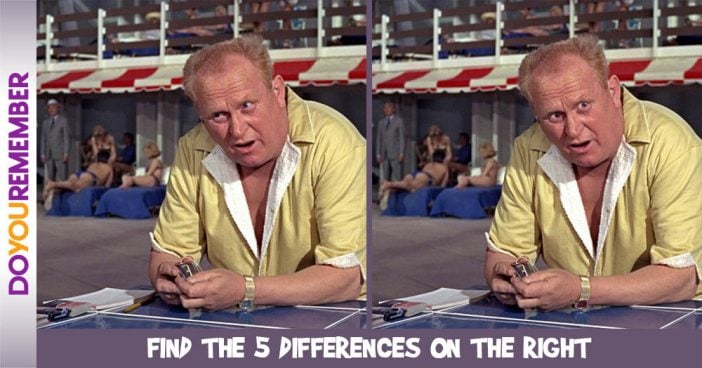 A British Technicolor spy film, the third in the James Bond series and the third to star Sean Connery as the fictional MI6 agent James Bond. It is based on the novel of the same name by Ian Fleming. The film also stars Honor Blackman as Bond girl Pussy Galore and Gert Fröbe as the title character Auric Goldfinger, along with Shirley Eaton as the iconic Bond girl Jill Masterson.

Goldfinger was produced by Albert R. Broccoli and Harry Saltzman and was the first of four Bond films directed by Guy Hamilton. The film’s plot has Bond investigating gold smuggling by gold magnate Auric Goldfinger and eventually uncovering Goldfinger’s plans to contaminate the United States Bullion Depository at Fort Knox. Goldfinger was the first Bond blockbuster, with a budget equal to that of the two preceding films combined. Principal photography took place from January to July 1964 in the United Kingdom, Switzerland and the US states of Kentucky and Florida.

The release of the film led to a number of promotional licensed tie-in items, including a toy Aston Martin DB5 car from Corgi Toys which became the biggest selling toy of 1964. The promotion also included an image of gold-painted Shirley Eaton as Jill Masterson on the cover of Life. Many of the elements introduced in the film appeared in many of the later James Bond films, such as the extensive use of technology and gadgets by Bond and an extensive pre-credits sequence that was not part of the main storyline. Goldfinger was the first Bond film to win an Academy Award and opened to largely favourable critical reception. The film was a financial success, recouping its budget in two weeks and is hailed as the Bond canon’s quintessential episode.

Relive the Action and Watch Goldfinger’s Title Sequence Below

After destroying a drug laboratory in Latin America, James Bond—agent 007—travels to Miami Beach where he receives instructions from his superior, M, via CIA agent Felix Leiter to observe bullion dealer Auric Goldfinger, who is staying at the same hotel as Bond. The agent sees Goldfinger cheating at gin rummy and stops him by distracting his employee, Jill Masterson, and blackmailing Goldfinger into losing. Bond and Jill consummate their new relationship; however, Bond is subsequently knocked out by Goldfinger’s Korean manservant Oddjob.

When Bond regains consciousness, he finds Jill dead, covered in gold paint, having died from “epidermal suffocation.” In London, Bond learns that his objective is determining how Goldfinger smuggles gold internationally. Bond arranges to meet Goldfinger socially and wins a high-stakes golf game against him with a recovered Nazi gold bar at stake. Bond follows him to Switzerland, where Tilly, Jill Masterson’s sister, makes an unsuccessful attempt at revenge by firing a rifle at Goldfinger.

Bond sneaks into Goldfinger’s plant and discovers that he smuggles the gold by melting it down and incorporating it into the bodywork of his car, which he takes with him whenever he travels. Bond also overhears him talking to a Red Chinese agent named Mr. Ling about “Operation Grand Slam.” Leaving, Bond encounters Tilly as she tries to kill Goldfinger again, but trips an alarm in the process; Oddjob kills Tilly with his hat. Bond is captured and Goldfinger ties Bond to a cutting table underneath an industrial laser, which begins to slice a sheet of gold in half, with Bond lying over it. Bond lies to Goldfinger that MI6 knows about Grand Slam, causing Goldfinger to spare Bond’s life to mislead MI6 into believing that Bond has things in hand.

Bond is transported by Goldfinger’s private jet, flown by his personal pilot, Pussy Galore, to his stud farm near Fort Knox, Kentucky. Bond escapes and witnesses Goldfinger’s meeting with US mafiosi, who have brought the materials he needs for Operation Grand Slam. Whilst they are each promised $1 million, Goldfinger tempts them that they “could have the million today, or ten millions tomorrow”. They listen to Goldfinger’s plan to rob Fort Knox before Goldfinger kills them all using some of the “Delta 9” nerve gas he plans to release over Fort Knox.

Bond is recaptured while eavesdropping and tells Goldfinger the reasons why his stated plan to rob the gold repository will not work. Goldfinger hints he does not intend to steal the gold, and Bond deduces that Goldfinger will detonate an atomic device containing cobalt and iodine inside the vault, which would supposedly render the gold useless for 58 years. This will increase the value of Goldfinger’s own gold and give the Chinese an advantage from the potential economic chaos. Should the authorities be alerted, he would simply detonate the bomb in a major city or target.

Operation Grand Slam begins with Pussy Galore’s Flying Circus spraying the gas over Fort Knox. However, Bond had “seduced” Galore, convincing her to replace the nerve gas with a harmless substance and alert the US government about Goldfinger’s plan. The military personnel of Fort Knox convincingly play dead until they are certain that they can prevent the criminals from escaping the base with the bomb.

Believing the military forces to be neutralised, Goldfinger’s private army breaks into Fort Knox and accesses the vault itself as he arrives in a helicopter with the atomic device. In the vault, Oddjob handcuffs Bond to the device. The US troops attack; Goldfinger takes off his coat, revealing a US Army colonel’s uniform, and kills Mr. Ling and the troops seeking to open the vault, before making his escape.

Bond extricates himself from the handcuffs, but Oddjob attacks him before he can disarm the bomb. They fight and Bond manages to electrocute Oddjob. Bond forces the lock off the bomb, but is unable to disarm it. An atomic specialist who accompanied Leiter turns off the device with the clock stopped on “0:03” (frozen at “0:07” in re-release prints).

With Fort Knox safe, Bond is invited to the White House for a meeting with the President. However, Goldfinger has hijacked the plane carrying Bond. In a struggle for Goldfinger’s revolver, the gun discharges, shooting out a window, creating an explosive decompression. Goldfinger is blown out of the cabin through the ruptured window. With the plane out of control, Bond rescues Galore and they parachute safely from the aircraft before it crashes into the ocean.

1. The Man in the Background is No Longer Wearing a Hat

4. The Color of the Watch Face has Changed from Blue to Red

5. The Pencil Next to the Note Pad is Gone