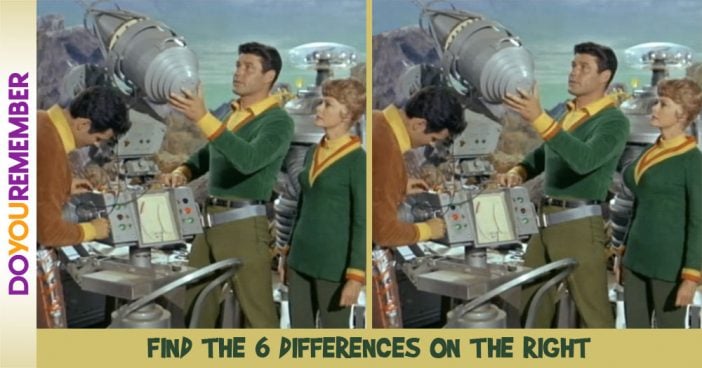 An American science fiction television series, following the adventures of a family of pioneering space colonists whose ship goes off course. It was created and produced by Irwin Allen, filmed by 20th Century Fox Television, and broadcast on CBS. The show ran for three seasons, with 83 episodes airing between 1965 to 1968. The first television season was filmed in black and white, with the second and third seasons filmed in color.

It all begins on October 1997, 32 years into the future from the perspective of viewers in 1965, the United States is about to launch one of history’s great adventures: man’s colonization of deep space. The Jupiter 2, a futuristic saucer-shaped spaceship, stands on its launch pad undergoing final preparations. Its mission is to take a single family on a five-and-a-half-year journey to a planet orbiting the nearby star Alpha Centauri. which space probes reveal possesses ideal conditions for human life.

The Robinson family, allegedly selected from among two million volunteers for this mission, consisted of Professor John Robinson, played by Guy Williams, his wife, Maureen, played by June Lockhart, their children, Judy (Marta Kristen), Penny (Angela Cartwright), and Will (Billy Mumy). They are accompanied by their pilot, U.S. Space Corps Major Donald West (Mark Goddard), who is trained to fly the ship when the time comes for the eventual landing. Initially the Robinsons and West will be in freezing tubes for the voyage with the tubes set to open when the spacecraft approached its destination.

At the same time other nations are racing to colonize space, and they would stop at nothing, not even sabotage, to thwart the United States effort. In steps Dr. Zachary Smith (Jonathan Harris), Alpha Control’s doctor, and later supposedly a psychologist and environmental control expert. Turns out he is moonlighting as a foreign secret agent for one of those competing nations. Smith reprograms the Jupiter 2’s B-9 environmental control robot, voiced by Dick Tufeld, to destroy critical systems on the spaceship eight hours after launch. Smith, however, unintentionally traps himself aboard at launch and his extra weight throws the Jupiter 2 off course, causing it to encounter a meteor storm. This, plus the robot’s Smith-programmed rampage causing the ship to prematurely engage its hyperdrive, causes the expedition to become hopelessly lost in the infinite depths of outer space.

In the unaired pilot, what causes the group to become lost in space is a chance encounter with a meteor storm, but in the first aired episode, it is Smith’s sabotage and unplanned presence on the ship that sets the ship off course into the meteor field. Smith is thus the key to the story.   Unfortunately the fate of the Robinsons, Don West and Dr Smith is never resolved as the series unexpected cancellation leaves the Jupiter 2 and her crew literally on the junk-pile at the end of season three.

1. A Piece of the Mountain in the Background is Missing

2. There are Extra Beams on the Lazer Gun

3. The Buttons on the Console have Switched Sides

6. The Robot Now has Striped Rings on it’s Arm