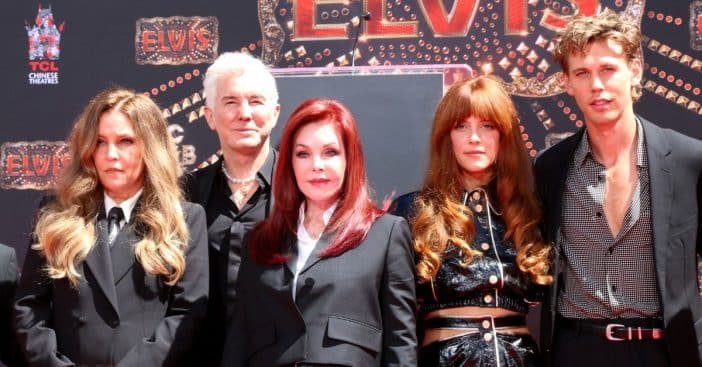 Austin Butler released a statement after the news broke that Lisa Marie Presley passed away at age 54. Just days after she was seen at the Golden Globe Awards, praising Austin for winning an award for portraying her father Elvis Presley in the new film, she died after suffering cardiac arrest.

Austin said he is “completely shattered” after he learned that Lisa Marie had died. His statement read, “My heart is completely shattered for Riley, Finley, Harper and Priscilla at the tragic and unexpected loss of Lisa Marie. I am eternally grateful for the time I was lucky enough to be near her bright light and will forever cherish the quiet moments we shared. Her warmth, her love and her authenticity will always be remembered.”

At the Golden Globe Awards red carpet, Lisa Marie spoke about Austin and his performance in Elvis. She said, “There (are) no words to describe it. It’s just so important, that movie, on so many levels, and I’m so proud of him and Baz. I don’t know how to describe them, but…all of his mannerisms. He absolutely nailed it.”

During his acceptance speech, he also thanked Priscilla and Lisa Marie for being so welcoming to him. He shared graciously, “Thank you for opening your hearts, your memories, your home to me. Lisa Marie, Priscilla. I love you forever.”

Lisa Marie is survived by her mother, Priscilla, and daughters, Riley, Finley, and Harper.