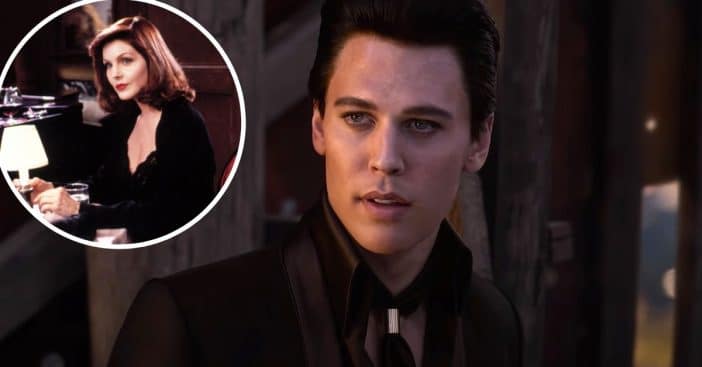 Austin Butler won the Golden Globe for best performance by an actor in a motion picture – drama for his portrayal of Elvis Presley in Baz Luhrmann’s Elvis. Elvis’ ex-wife Priscilla Presley and their daughter Lisa Marie Presley were seen looking proud while Austin gave his acceptance speech.

Austin Butler thanks Elvis, Priscilla, and Lisa Marie Presley in his acceptance speech

He began, “Oh man, all my words are leaving me! I just am so grateful right now, I’m in this room full of my heroes.” He later thanked the Presley family by saying, “Thank you for opening your hearts, your memories, your home to me. Lisa Marie, Priscilla, I love you forever.”

He also thanked the director Baz Luhrmann, who reportedly pushed him very hard during the filming process. Austin added, “I owe this to a bold, visionary filmmaker who allowed me the experience to take risks and I always knew I would be supported. I love you, Baz Luhrmann. Thank you for believing in me in those moments that I didn’t even believe in myself. I’m so grateful to you. I also want to thank my dance partner, the greatest dance partner I could have ever hoped for, Mr. Tom Hanks.”

He concluded, “Lastly, Elvis Presley, himself, you were an icon and a rebel. And I love you so much.” Austin beat out nominees Brendan Fraser (The Whale), Hugh Jackman (The Son), Jeremy Pope (The Inspection), and Bill Nighy (Living). Watch the Presleys react to Austin’s win below: