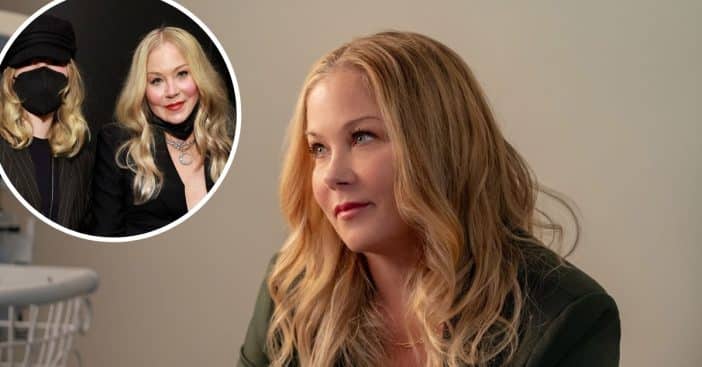 Christina Applegate admitted that she was nervous to attend her first award show since being diagnosed with multiple sclerosis (MS) in 2021. Christina was nominated for best actress in a comedy series at the Critics Choice Awards for her role in the Netflix series Dead to Me, also starring Linda Cardellini.

Christina attended the star-studded event alongside her 11-year-old daughter, Sadie Grace LeNoble. They wore matching boots and Christina showed off her Dead to Me-inspired nails. She had her nails painted dark blue with “Jen” and “Judy” written on them in gold nail polish. Jen and Judy refer to the main characters in the show.

Critics choice awards nails. It says Jen and Judy. And the other pic is of the best date ever … my rad daughter pic.twitter.com/LY7lxSb472

Sadie helped her around but Christina also used a cane. Prior to her attendance, Christina wrote on Twitter, “So this Sunday will be the first awards show I have been to since 2019. And the first since MS. NERVOUS! But grateful to the @CriticsChoice for including me.”

She also shared about her SAG Awards nomination. She tweeted, “Thank you @SAGawards for this nomination today! I have been a proud member of this union since 1975. I’ve had an incredibly hard year, and today this made me smile. Much love to my peers and to my sweet Jean Smart and the other incredible ladies I walk beside.”

This was the third time Christina was nominated for her role in Dead to Me but Jean Smart (Hacks) ended up winning. She also beat Quinta Brunson for Abbott Elementary, Kaley Cuoco for The Flight Attendant, Renée Elise Goldsberry for Girls5eva, and Devery Jacobs for Reservation Dogs.

Click for next Article
Previous article: ‘Elvis’ Star Austin Butler Is Grateful He Was Able To Know Lisa Marie Presley
Next Post: Joy Behar Gets Compared To Beetlejuice And Cruella By ‘The View’ Co-Hosts