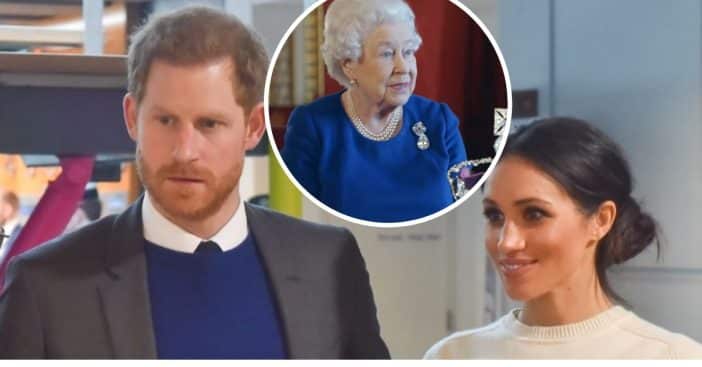 Prince Harry and his wife Meghan Markle are continuing to feud with the royal family, especially after the release of his new tell-all book. Harry recently sat down with Anderson Cooper to promote his new memoir called Spare. In the interview, Harry claims that his family did not invite them to fly to Scotland when his grandmother, Queen Elizabeth II died.

Harry and Meghan now live in California, but visit Europe often for charity events. They were in Europe when doctors were concerned about the Queen’s health. Harry says he tried to talk to his brother Prince William about plans to see the Queen in Balmoral.

In the interview he shared, “I asked my brother — I said, ‘What are your plans? How are you and Kate [Middleton] getting up there?’ And then, a couple of hours later, you know, all of the family members that live within the Windsor and Ascot area were jumping on a plane together, a plane with 12, 14, maybe 16 seats.” He then confirmed he was not invited.

By the time Harry and Meghan were able to secure their own travel, unfortunately, the Queen had passed away. Harry continued, “I walked into the hall, and my aunt was there to greet me. And she asked me if I wanted to see her. I thought about it for about five seconds, thinking, ‘Is this a good idea?’ And I was, like, ‘You know what? You can do this. You need to say goodbye.’ So went upstairs, took my jacket off and walked in and just spent some time with her alone.”

He concluded, “She was in her bedroom. I was actually — I was really happy for her. Because she’d finished life. She’d completed life, and her husband [Prince Philip] was waiting for her. And the two of them are buried together.”