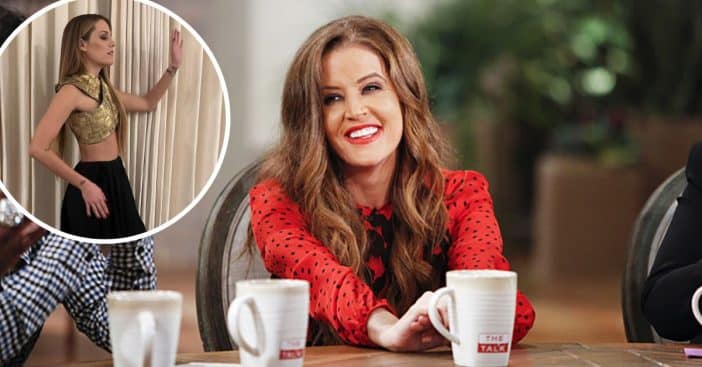 Elvis Presley‘s only daughter Lisa Marie Presley is now all grown up and has adult children of her own. Her oldest daughter, actress Riley Keough is looking more and more like her mother every day! She was recently seen at a dinner in Beverly Hills and fans couldn’t get over the resemblance.

Riley was seen attending the Louis Vuitton and W Magazine awards season dinner. Each year, many actors gather for a beautiful dinner. She was seen talking to Austin Butler, who played her grandfather, Elvis in the new biopic film.

Riley posted a photo of her outfit for the event and fans commented on how much she looks like her mother these days. One person wrote, “Had to look at this a few times because I really thought it was an old picture of Lisa.” Others shared how she had Elvis’ profile.

Recently, Lisa Marie held a celebration at Graceland for her father’s birthday. Elvis would have been 88 years old this year on January 8th. Each year, his former residence turned museum holds a special event to celebrate his birthday.

This year it was even more special as the Elvis movie has been doing quite well and is up for a number of awards. Have you seen it yet?

Click for next Article
Previous article: ‘The Waltons’ Cast Then And Now 2023
Next Post: Lisa Marie Presley Holds Celebration For Father Elvis Presley’s Birthday At Graceland