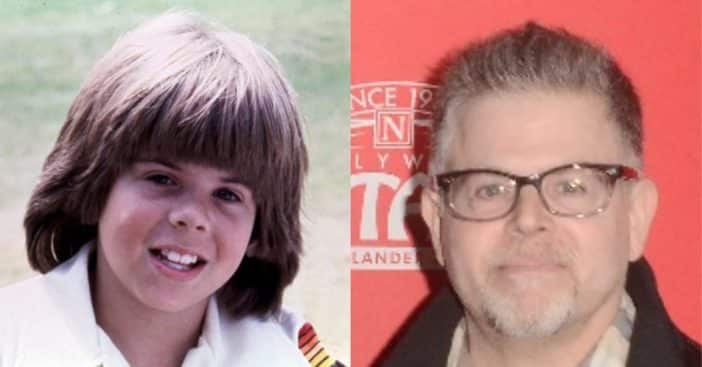 Adam Rich, best known for portraying Nicholas Bradford, youngest member of the Bradford family, on ABC’s 1977 to 1981 series Eight is Enough (which he joined at age 8), has, according to a family member, died at age 54 of an undisclosed cause.

Back in the day, people thought Adam Rich was the cutest thing they’d ever seen (especially with that haircut he sported on the show that inspired many others to go with a similar look). Born October 12, 1968, he’d only been in an episode of The Six Million Dollar Man and the TV movie The City before being cast as Nicholas. Afterwards, there were, as was the norm amongst the cast, guest-starring on other episodic shows, television movies, a couple of theatrical films, and a regular gig on the 1981 to 1982 show Code Red. His last TV role was a 1993 episode of Baywatch and his last movie was 2003’s Dickie Roberts: Former Child Star.

Adam certainly had a number of issues over the years: He tried smoking marijuana at age 14, dropped out of high school when he was 17, he almost died of a valium overdose three years later, in 1991 he was arrested and charged with attempted burglary of a pharmacy, in 2002 he was arrested for DUI and he’s been in drug rehab a number of times.

In 1991, Adam gave an interview to the Orlando Sentinel which seemed to sum up a number of problems he was having. “I don’t know why this happened, but I know I am sick. I have a disease,” he proclaimed. “I am very remorseful, very embarrassed about this whole thing. [When] I was 15, I realized I had been working most of my life. I felt like I was almost ready to retire; I was so tired. I began hanging out with the wrong people. I guess it was rebellious, like, ‘Hey, I’m not cute little Nicholas.’”

Click for next Article
Previous article: The Bee Gees Put Together A Standout Cover Of The Beatles For Little-Known Film
Next Post: Jane Fonda Says She Got Weak In The Knees Working With Tom Brady In ’80 For Brady’