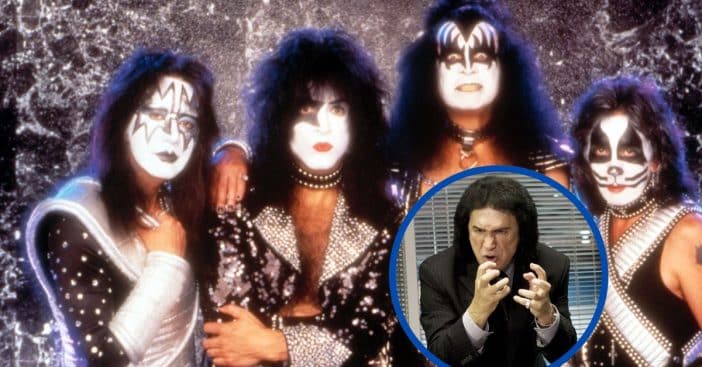 Since 2008, Rolling Stone magazine has compiled a list of first the top 100 then top 200 greatest singers of all time. The recent version of the list went up with the new year but it notably lacked Celine Dion and Gene Simmons, the latter of whom is not happy with the magazine.

“The Demon” Simmons is known as the frontman of rock band KISS, serving as bassist and co-lead singer. Rolling Stone has specified that their listing is not about how “good” a voice sounds but more about its power, leaving the door wide open for inclusion. Still, with Simmons left out, the KISS frontman is not happy. Here’s what he had to say.

With the release of Rolling Stone’s top 200 greatest singers of all time list, Simmons has voiced his opinion on the compilation. He spoke to TMZ and said he believes it’s about who’s popular, resulting in a “skewed” and one-sided list. He also called out the list’s approach to looking at singing voices, saying it favors distinctive styles instead of objectively textbook good singing voices. He also reported called it “B.S.”

In the outlet’s writeup of the list and the accompanying preamble, it admits to this kind of approach exactly. It bids readers to “keep in mind that this is the Greatest Singers list, not the Greatest Voices List,” adding, “As our write-up for the man who ended up at Number 112 notes, ‘Ozzy Osbourne doesn’t have what most people would call a good voice, but boy does he have a great one.’”

From Sinatra to SZA, from R&B to salsa to alt-rock — we ranked The 200 Greatest Singers of All Time ⬇️https://t.co/B0yF1VWjNk

Simmons has not been won over; in fact, he reportedly said that while he used to eagerly await the chance to buy another Rolling Stone magazine, that has changed; he insists that he doesn’t “give a f—” that he and Dion did not make the final cut. Dion’s fans cared a lot, though, and thought it was either an accidental oversight or simply an insult to the world of music. Those who did make the list include Aretha Franklin, Mariah Carey, and Adele, who has been having health struggles, though Cher was also noticeably absent too.

“Talent is impressive; genius is transcendent,” Rolling Stone says in its preamble about issues of style Simmons brought up. “Sure, many of the people here were born with massive pipes, perfect pitch, and boundless range. Others have rougher, stranger, or more delicate instruments.” The outlet goes on to explain, “In all cases, what mattered most to us was originality, influence, the depth of an artist’s catalog, and the breadth of their musical legacy.

RELATED: This Is The Man Frank Sinatra Called ‘The Greatest Singer In The World’

Click for next Article
Previous article: ‘Betty White’s Pearls Of Wisdom: Life Lessons From A Beloved American Treasure’ Is Available Now
Next Post: Beautiful Photos of Reese Witherspoon And Her Lookalike Daughter