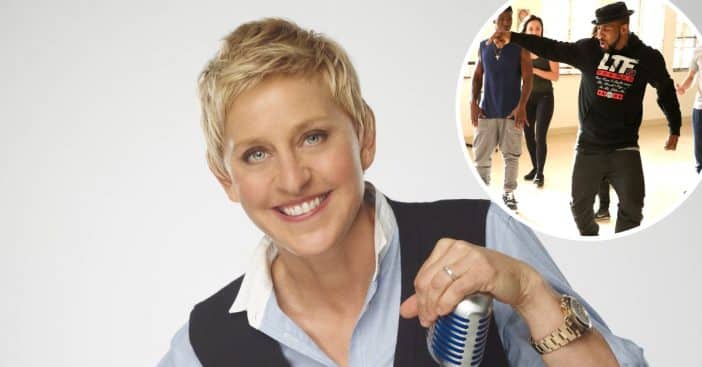 Ellen DeGeneres shared a clip of her late colleague Stephen “tWitch” Boss on Twitter in his honor. The clip features Ellen and tWitch discussing how they were feeling during the final episode of The Ellen DeGeneres Show. He worked with her for many years and brought a sense of happiness and fun in each episode.

Ellen captioned the clip, “I will forever be grateful that the show ended with tWitch by my side.” tWitch died by suicide on December 13 at age 40, several months after the show ended in May.

I will forever be grateful that the show ended with tWitch by my side. pic.twitter.com/Fujz8naS6w

In the clip, he shared, “What I’m feeling most of all is grateful and thankful … Everybody put so much care into this show because you stepped out in courage, and we appreciate you. And so I’m just so grateful that I got to be a part of this and be a part of this family.”

RELATED: Ellen DeGeneres Speaks Out About The Death Of Stephen ‘tWitch’ Boss

Ellen responded that they always say “I love you” to each other whenever they say goodbye because the show was like a family. He added that the show brought a lot of people together and had them showing love for 19 years.

Ellen previously commented when the news broke of his death. She wrote, “Everyone is in pain and trying to make sense of it. We’ll never make sense of it.” She added, “He was pure light. If you knew him, you knew that. If you didn’t know him, you saw it. Let’s honor him. And think about him to one another.”