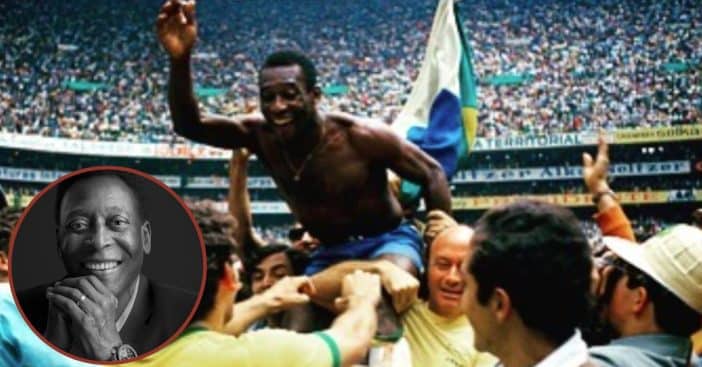 It has been reported that Brazilian football legend (soccer in the US), Pelé, has died at the age of 82. Regarded as one of the most legendary and greatest football stars of all time, Pelé is known for scoring a world record 1,281 goals in 1,363 appearances during a 21-year career, including 77 goals in 92 matches for his country.

In terms of his health, Pelé had been suffering from kidney and prostate problems recently. He also had surgery to remove a tumor from his colon in September 2021 after it was detected in his routine tests. He was then readmitted to the hospital in November 2022. His daughter, Kely Nascimento, had been keeping fans updated on his health via social media for quite some time. It was one of her recent photos that confirmed Pelé’s passing, showing what appeared to be Pelé’s family’s hands on his body. “Everything we are is thanks to you. We love you infinitely. Rest in peace,” the caption read.

RELATED:  One Person RSVP’s To Boy With Autism’s Party, Then An Entire Football Team Shows Up To Celebrate

Pelé became a global phenomenon when he was just 17, helping Brazil win the 1958 World Cup in Sweden and then making his way into the all-star lineup. However, he first made his debut a few years earlier at 15 for club side Santos, scoring in a 7-1 win over Corinthians de Santo Andre.