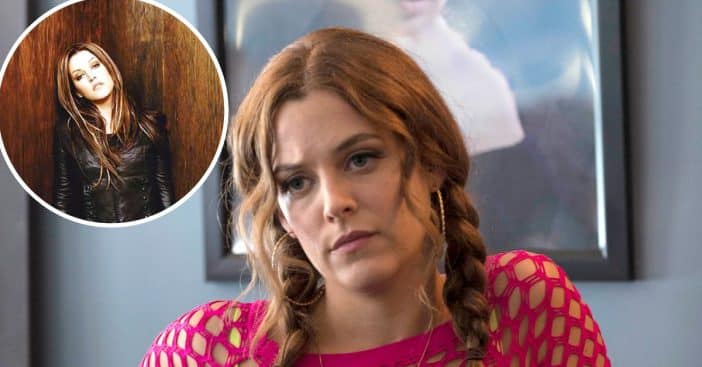 Riley Keough stars in the upcoming miniseries Daisy Jones & The Six, based on the novel by the same name. Riley will play a musician in the ’70s who becomes both a “rock legend and feminist icon.” She admitted that she drew a lot of inspiration from her mother, Lisa Marie Presley.

Riley shared, “My mother is certainly an inspiration to me.” She added that she is “a very strong, smart woman. I was raised by somebody who did their own thing and didn’t really care what other people thought. She was definitely inspirational to me.”

In addition to drawing inspiration from her mother, she also studied other rock artists like Linda Ronstadt and Stevie Nicks to prepare for her role as Daisy. Even so, she tried to put her own spin on the character.

Riley said it was easy to relate because she was always very interested in the 1970s and said that she was “kind of living in the ’70s in my mind” when she was a teenager. Some of her favorite musicians from that time period are Robert Plant and Led Zeppelin.

Riley added about her character, “Of course, there were a few women who were moving that way, but a lot of the time they would just stand there and sing. I think Daisy was inherently a little more comfortable in her own body and being who she is in a way that I think was really difficult for women at that time.” Daisy Jones & The Six will premiere on Amazon Prime.

Click for next Article
Previous article: One Of ‘The Conners’ Episodes From Season Five Is Banned
Next Post: Just In: Pelé, Brazilian Football Legend, Dies At 82