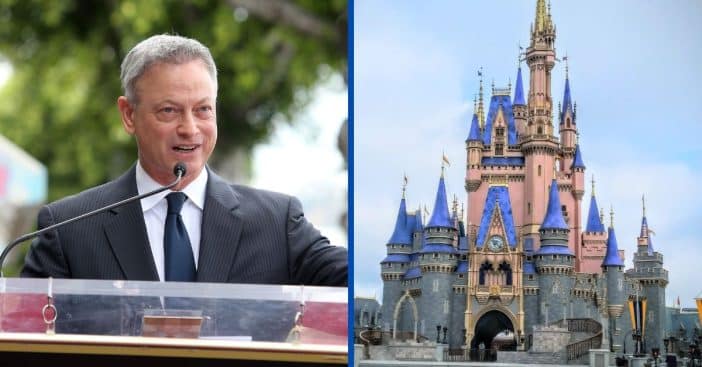 For years, the Gary Sinise Foundation has been dedicated to supporting the families of fallen military service members. Traditionally, through the Snowball Express, the foundation sent the families on trips to Disney. For several years, celebrations had been virtual; but now they’re back to in-person traditions and it’s been the biggest of its kind!

The Snowball Express returns to Disney

For over three years, the Snowball Express had to forgo its tradition of sending Gold Star families to a week of fun at Disney. All celebrations in that time were virtual and featured a whole cast of celebrities. This December, the event returned to in-person bigger than ever before. “This year we had a lot of new families,” shared Sinise, “young children who had never experienced Snowball before.” The result was a crowd of almost 2,000 family members.

“We had upwards of 1,900 people involved, and 1,151 of them were children,” Sinise revealed. Those nearly 2,000 people went to the entrance of Disney and raised flags in remembrance. There, they were greeted by 1,000 Disney VoluntEARS seeking to further support the Snowball Express. They went to Cinderella’s Castle, where Mickey Mouse himself helped the kids honor their loved ones by putting messages they’d written in a large cauldron. That cauldron was then sent up into the sky.

Everyone participates in special ways

What really defined this and previous Snowball Express events was the sense of community and support coming from within and without. “They’re all going through the same thing – either a death in combat or a loss through illness or suicide or whatever tragic circumstance took their loved one away. They’re all dealing with the same thing,” explained Sinise, “and they’re all sharing their stories, and they’re realizing, ‘Hey, you know, this person really understands what I’m going through.”

Sinise calls this year’s Disney crowd “the largest number of families and children to date,” but says everyone who participated was able to connect – and sometimes reconnect – with those they called an extended family. Indeed, Donna Palmer, executive director for the Gary Sinise Foundation, notes that in particular, “That feeling of comfort and connection means so much to them.”

Click for next Article
Previous article: Elvis’ Cousin Tells All About What Went On In Elvis Presley’s Bedroom
Next Post: Paulina Porizkova Shares Spicy Photo In Hopes Of Inspiring Other Women