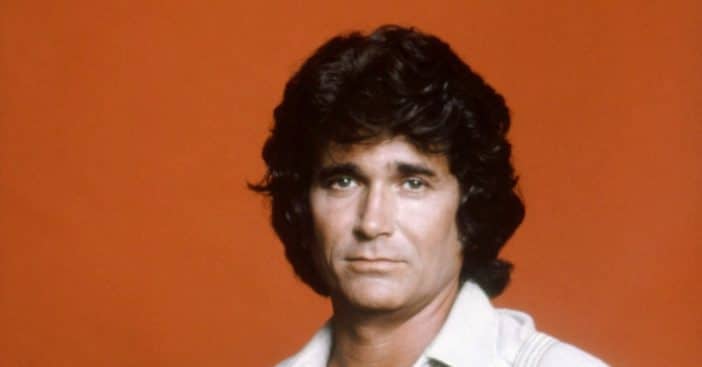 Michael Landon, popularly known for his role as Little Joe Cartwright in the NBC TV series Bonanza, and Charles Ingall in Little House on the Prairie, lived a life marred with controversies as he displayed many positive and negative behaviors that caught people’s attention.

At one point, Landon made the headlines for punching a reporter who got on his nerves during an interview session. The seemingly calm actor shed more light on the incident while appearing on The Tonight Show Starring John Carson.

Micheal Landon explains why he punched the reporter

Landon revealed that he and other cast members of Bonanza were on tour in Europe to do promotional work for the TV series when the ugly incident occurred. “That night, we have a banquet with 50 people from the press,” he disclosed. “I found out after I sat down at the table that I was buying dinner for 50 people I didn’t even know.”

RELATED: Michael Landon Was Upset When Victor French Left ‘Little House On The Prairie’ For Sitcom

After the dinner, he granted an interview to a journalist from Stockholm, but a reporter from another news outlet was looking to get him to answer the same questions he had answered earlier. Landon refused, and the reporter attempted to blackmail him. “He tells me that if I don’t give him the same story that I gave the other guy, he’s gonna write negative,” the actor said. “Then, he goes into a tirade about people from the United States, what’s wrong with our country, he goes on and on. And I’m so tired.”

Landon got infuriated by his threat and cleared the food he had bought for the reporter off the table. However, things got heated when the latter protested, and the actor couldn’t keep calm. “I get up and I hit him. The minute I hit him, all of the cameras go right away because you have all the press there,” he added. “The police grab the guy and drag him out because they love me.”

Landon’s outburst in Sweden at that journalist surprised his fans and viewers, but people who had worked with him knew he had anger issues. Melissa Gilbert, one of his costars in Little House on the Prairie, who was once at the receiving end of his verbal lashing, commented about his temper in her memoir.

“One day, as we shot an emotional scene for the episode titled ‘The Gift,’ I sensed his famous temper was about to blow. It was my fault. I couldn’t remember my lines,” Melissa detailed. “[Michael Landon’s] anger was terrifying, and having witnessed it, I never wanted to be on the receiving end.”