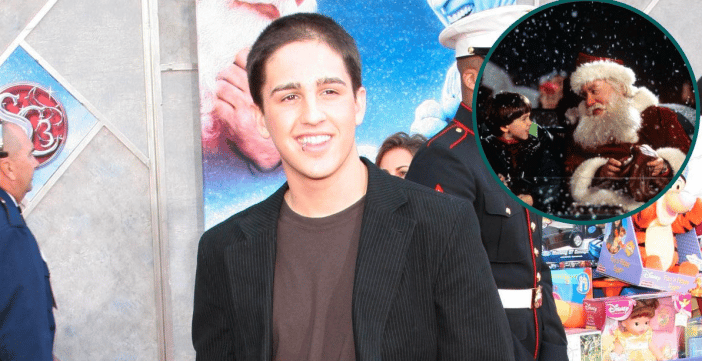 The Santa Claus, first in the film franchise, premiered in 1994, with a cast that includes Eric Lloyd as Charlie. The second movie was released in 2002, and the third in 2006. The Santa Clause movies — which have also spawned a Disney+ series — remain a Christmas classic that many still enjoy today.

The first film focuses on Scott Calvin, played by Tim Allen, who replaces the former Santa Claus after an accident. Lloyd, who played Scott’s son, Charlie, encourages his father to become Santa, but this doesn’t go well for either of them until the end; Scott’s ex-wife restricts Scott from visiting Charlie due to his “transformation,” but the family eventually reunites when she discovers he is really Santa.

Lloyd Had Fake Teeth On While Acting

During the filming, Lloyd lost his two front teeth while at a Toronto Blue Jays game with his family. A new set of teeth had to be used, because some scenes had already been filmed. “The montage sequence where they’re getting Scott Calvin ready for his first Christmas, there’s a scene where we’re dancing down the hallway,” Lloyd told 20/20 in an interview. “That scene had to get pushed up in production, because I had knocked my teeth out the night before … They cut me out of the end of the scene and then put all my parts in master.”

He also added that his bottom teeth naturally fell out at the initial stage of filming, but fake teeth were made up for that, too. “There’s no real baby pictures of me or adolescent pictures of me without my teeth, because I always had fake teeth for acting,” he added.

Lloyd is back on our holiday screens with the spinoff series of the franchise, The Santa Clauses, that started airing in November on Disney+. In the series, Scott looks for a replacement as he is approaching his 65th birthday and considers retiring. He is also not as excited about being Santa anymore, because of the yearly decline in Christmas cheer. Unfortunately, Santa hires “the wrong guy,” who further declines the Christmas spirit, and everything goes haywire.

It is lovely to have Lloyd back on TV, especially since he moved away from public life after The Santa Clause 3 to focus on his music career. He appears in the new series, all grown up and married with two children.

Executive Producer Jason Winer revealed to TV Line that Charlie was considered Santa’s replacement. “Charlie just seemed like too good of an answer, and it’s too easy of a transition, and on a practical level, Eric Lloyd has retired as an actor,” Jason said.