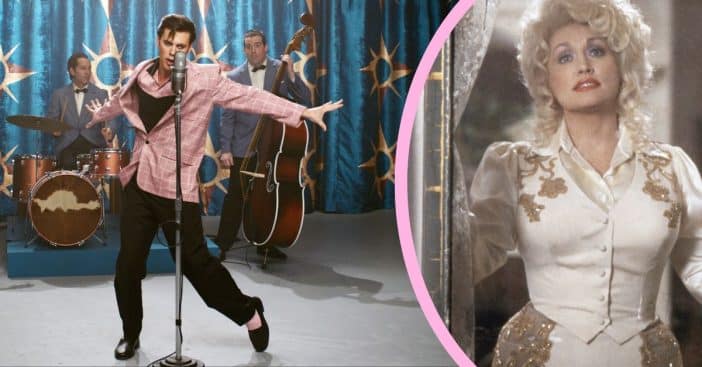 Baz Luhrmann’s monumental biopic Elvis explores the relationship between Elvis Presley and his manager Colonel Tom Parker. With a runtime of two hours and 39 minutes, it already tries to fit in a lot of story but plenty of shots never made it to the final version. One piece of cut content includes the movie’s star, Austin Butler, singing Dolly Parton’s “I Will Always Love You.”

To get into character, Butler went through a lot of tasks like studying the Graceland archives and wallpapering his home with memorabilia. While the real voice of Presley was played at certain parts of the film, for the most part that’s Butler singing too. So, why was this exciting cover cut from the film?

The decision to keep or remove Butler singing the Dolly Parton hit was actually a hot debate between Luhrmann and cinematographer Mandy Walker. It was set to play during a scene between Presley and Priscilla when he dropped off their daughter Lisa Marie at the airport. “Austin sang ‘I Will Always Love You’ in the back of the car,” recalled Luhrmann.

He continues, “The scene begins with Priscilla saying, ‘It’s a beautiful song,’ and he says, ‘Yeah, Dolly wants me to sing it, but the Colonel…’ However, the moment wouldn’t work for the scene and the film, so it was cut.”

A different ending for the King

In general, Elvis received high praise from not just critics, casual movie-watchers, and Presley fans, but also from members of the Presley family. In fact, some members grew tearful after watching the premiere, which received a rousing standing ovation. That itself is a tribute to the biopic’s fidelity to the spirit of Presley’s life, but Luhrmann did have hopes for some sort of other path their King could have walked.

“The script was pretty long, but I always wanted another moment where Priscilla came back into his life, and they were friends,” Luhrmann mused. “In a way, when he walks on that plane and it takes off, we don’t need to see him die. He’s dead.” According to Screen Rant, there could be a four-hour-long extended edition releasing sometime in the future. Would you watch that whole thing?

Click for next Article
Previous article: Sharon Osbourne Rushed To Hospital Over Medical Emergency
Next Post: Disney Paid Robin Williams Next To Nothing For ‘Aladdin’