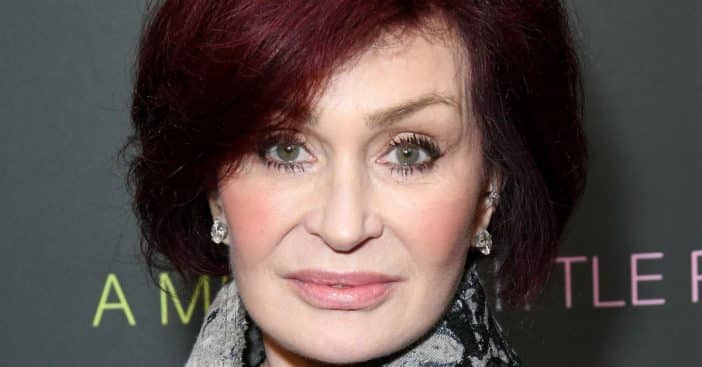 Sharon Osbourne was recently rushed to the hospital for some unknown medical emergency over the weekend, and her son, Jack, has provided an update on her condition since. He says that the 70-year-old is now home after being “given the all clear from her medical team.” He also confirms that his mother was not in the middle of filming an episode of the Travel Channel’s Ghost Adventures when she experienced said medical emergency, slamming reports that said she was.

“Ok, here is what I’ll say – first things first MY MOTHER WASN’T FILMING AN EPISODE OF @ghostadventures,” Jack said on Instagram. “She was filming an episode of Night of Terror with me. Hahaha.”

Jack continues, “Now that we have made that clear…She has been given the all clear from her medical team and is now home. Thank you to everyone who has reached out with love and support…. As to what happened to my mum – I’m gonna leave it to her to share about it when she’s ready.”

Ventura County Fire Department told Fox News that they responded to a “medical call” at Glen Tavern around 6:30 p.m. and transported one patient to Santa Paula Hospital. Glen Tavern said they had “no comment” about the situation when asked. The Glen Tavern Inn has been featured on an episode of the Travel Channel’s Ghost Adventurers, but despite this, she was in fact not filming an episode for the famed ghost investigation show. She, husband Ozzy, and children Kelly and Jack also starred in The Osbournes: Night of Terror, on the Travel Channel, where they investigate the paranormal. Sharon and Ozzy are also featured on another paranormal-esque show on the same channel called The Osbournes Want to Believe.

This year is a tough one for the Osbournes. It was revealed back in 2020 that Ozzy was diagnosed with Parkinson’s disease, and earlier this June, he underwent major surgery and only recently revealed he can’t walk much anymore. However, despite this, the surgery went great for Ozzy and helped him make significant improvements in his overall health.

Click for next Article
Previous article: Pepsi Says To Leave Santa A Glass Of Milk—Mixed With Soda
Next Post: Why ‘Elvis’ Biopic Cut Austin Butler’s Cover Of Dolly Parton’s “I Will Always Love You”