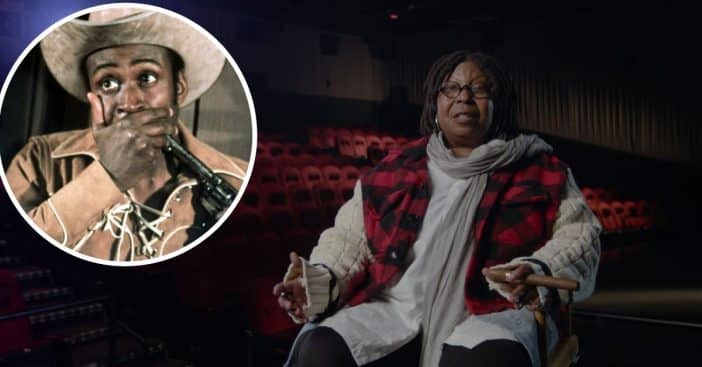 During a recent episode of The View, the ladies discussed which movies and television shows probably wouldn’t be made in today’s culture. The segment was brought up after actress Mindy Kaling talked about how the popular show The Office would probably be canceled because it can be so inappropriate. This led Whoopi Goldberg to bring up other movies and shows, including Blazing Saddles, on The View.

Some people have called Mel Brooks’ 1975 film racist and say that it is very problematic. Whoopi defended the film and said, “It deals with racism by coming at it right, straight, out front, making you think and laugh about it, because, listen, it’s not just racism, it’s all the isms, he hits all the isms. ‘Blazing Saddles,’ because it’s a great comedy, would still go over today. There are a lot of comedies that are not good, okay? We’re just going to say that. That’s not one of them. ‘Blazing Saddles’ is one of the greatest because it hits everybody.”

Whoopi Goldberg defended the movie ‘Blazing Saddles’ on ‘The View’

She continued, “If you’ve never seen ‘Blazing Saddles,’ you should do yourself a favor, get some popcorn, get a glass of wine, and put it on, because it’s magnificent. Leave my ‘Blazing Saddles’ alone. Don’t make me come for you!”

RELATED: Cleavon Little From ‘Blazing Saddles’ Started A Family Before His Death At 53

Blazing Saddles is set in 1874 and is a satirical film focusing on a Black sheriff who has to deal with some crazy townspeople. Whoopi’s co-host Sara Haines agreed that comedic films should be left alone and be able to work through “potentially problematic issues.”

RELATED: Whoopi Goldberg Snaps At Joy Behar Once Again During ‘The View’