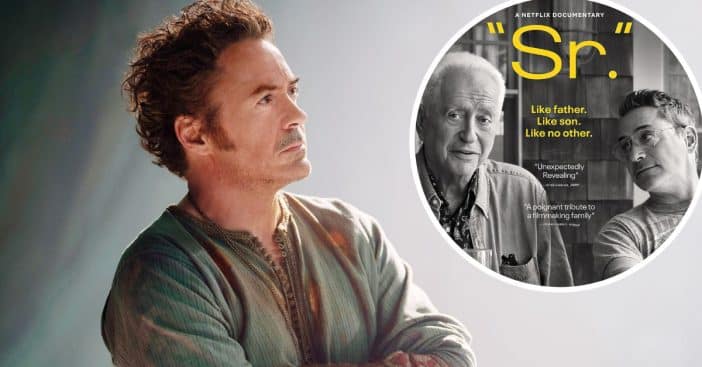 Robert Downey Jr. is paying tribute to his father, Robert Downey Sr. with a new documentary. Downey Jr. wanted to make the documentary seem like a private home movie of his family, giving fans a glimpse into their lives that they have never seen before.

Prior to his death, they were working on the documentary together and Downey Jr. said that it gave them a better understanding of each other and their relationship. He shared, “It was a way to put something between us in our own relationship and closure. I didn’t know that it would be the quickest way to the heart of things. It’s like a little string you pull at, you know. And it winds up pulling you into a rabbit hole that I kind of needed to go down in order to process and ingest the totality of our relationship.”

While Downey Jr. followed in his father’s footsteps to form an acting career, he admitted that his dad wasn’t always fond of all of his roles. When he got the role of Sherlock Holmes, Downey Sr. called the movie “cute.” He added, “I did a bunch of the Marvel stuff and he goes, ‘Uh uh. Yeah, bomb, bomb. Jokes. Funny robots. I get it.’ I went, ‘Hm. Wow. OK.'”

Downey Jr. said that working on the documentary and even with projects after, he still feels his dad’s presence. He explained, “It’s very odd, too, because we’re doing this film with director Park (Chan-wook) now called ‘The Sympathizer,’ where I’m doing a lot of different characters. It’s not experimental at all. It’s very well-fleshed out. But it’s kind of reminding me of the Sr. experience. You get dressed up, you try a character, and we’re going to film it… so I’m still working for Dad.” The documentary called Sr. is on Netflix.

Click for next Article
Previous article: Dolly Parton To Cover Prince And The Rolling Stones On Upcoming Album
Next Post: Brendan Fraser And Elizabeth Hurley Reveal Their Stance On Working Together Again