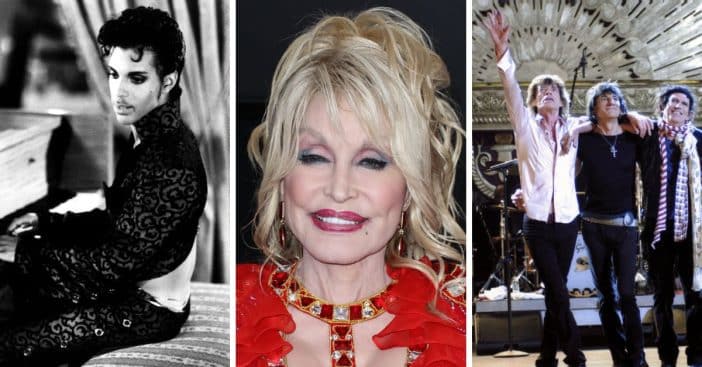 Dolly Parton has revealed her intention to cover tracks from The Rolling Stones, Prince, and Lynyrd Skynyrd on her upcoming rock album. The singer, who was inducted into the Rock and Roll Hall of Fame earlier this year, will also feature Journey singer Steve Perry in the album and a cover of Led Zeppelin’s “Stairway To Heaven.”

“We’re going to have a lot of great, iconic songs like [Prince’s] ‘Purple Rain’ [the Rolling Stones’] ‘(I Can’t Get No) Satisfaction,’ [Led Zeppelin’s] ‘Stairway to Heaven,’ [Lynyrd Skynyrd’s] ‘Free Bird’ But we’re going to have a few guest artists,” she disclosed on The Tonight Show Starring Jimmy Fallon.

Despite her prominence in country music, her induction into the Rock and Roll Hall of Fame was exciting and memorable for her. This might have influenced her decision to chart a new course despite the previous controversy. “I’m a rock star now – that’s what they say! That was such an honor,” Parton affirmed on the show. “You know, I’m making an album too because I have to live up to all that hype.”

“Honestly, I was sincere – I didn’t mean to start any controversy,” she clarified. “But when they said they wanted to put me in the Rock & Roll Hall of Fame, I always thought that was for people who spent their whole life working to be in rock ‘n’ roll. You don’t see Led Zeppelin in the Country Music Hall of Fame…although they could!”

“I found out it was more than that. So, when I realized what it was, I said if they put me in anyway, I would certainly accept it gracefully, which I did,” she revealed, “I even wrote a song about it to kinda tell the story about it.”

The time for her to switch to rock is now

The 76-year-old disclosed that she intended to make a rock song due to the influence of her husband, Carl Dean, who is a fan.

“I’d always thought I might want to do a rock record because my husband is a rock ‘n’ roll freak. I thought, ‘If I’m ever gonna do it, now’s the time,” Parton revealed.