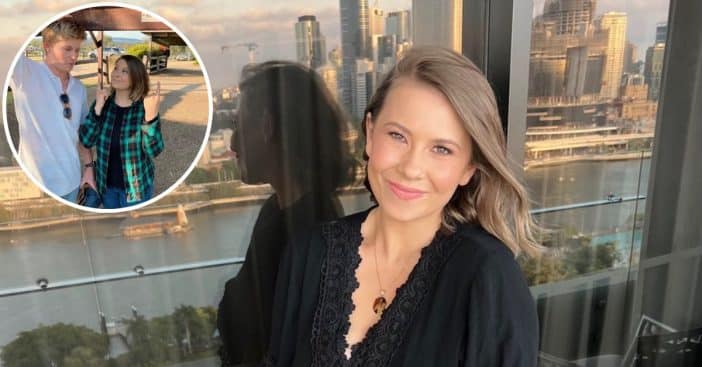 The birthday came a few days after the Steve Irwin Gala Dinner, held in Brisbane, Australia, on Nov 26. The event was dedicated to the iconic Australian zookeeper, who died on the 4th of September, 2006.

“Happy Birthday to the taller Irwin sibling and greatest brother in the world,” she wrote alongside a picture of herself and Robert on Instagram. “You light up our lives with your hilarious sense of humour and kind heart.” The wildlife warrior also posted a photo of both her and the celebrant, who was wincing and holding his head beside a low piece of wood with a sign that reads, “Watch your head.”

Bindi captioned it with a tribute to their late father, Steve. “I see so much of Dad in everything you do, and I know he would be beyond proud of you. We all are.” She also commented on his strong relationship with her daughter, Grace. “Thank you for being such a good uncle to Grace and fantastic brother to me and Chandler,” she wrote.” We love you and can’t wait to celebrate today!”

The photographer took to his Instagram story to share his sister’s birthday wishes while adding emojis. “Love you B … thank you,” he replied to Irwin’s post in the comments section. Their mother, Terri Irwin, also shared an old picture of Steve holding Robert when he was an infant. “Happy birthday @RobertIrwin! I have treasured every moment of your 19 years, and I look forward to the adventures ahead,” she wrote. “I know your dad would be so proud of you. You’re the best!”

In the spirit of celebration, Chandler Powell, Bindi’s husband, shared a photo of the two of them full of smiles while helping his daughter, Grace, onto a surfboard.

“Happy Birthday to my brother-in-law and Grace’s Funcle, @robertirwinphotography, you make the most of every day and find the fun in everything we do! Thank you for the one million laughs over the years,” The post reads. “I feel lucky to call you my brother and friend. Here’s to more awesome adventures and epic waves caught together in the many years to come.”