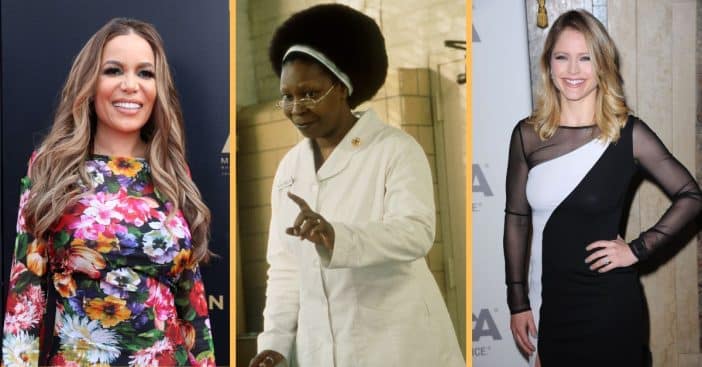 Although the human brain, in theory, loves multitasking, it’s not biologically meant to pull this approach off successfully. Switching gears all the time means splitting attention in half, and that’s a risk that comes with frequent phone use. Even on The View, phone use has permeated some episodes and co-host Whoopi Goldberg has had enough.

Twice this week, a host’s phone has gone off while they’re live on air. The first time happened with Sara Haines’s phone and during the second incident, the cell belonged to lawyer Sunny Hostin. The first incident got a joke from Haines and a laugh but after the second occurrence, Goldberg interjected with a comment of her own – and a call to action. Here’s what happened.

Monday’s episode of The View saw Sara Haines interview former co-host Nicolle Wallace, who served as White House Communications Director for George W. Bush. At one point in the middle of the interview, Haines’s phone made a notification sound. Wallace said, “Oooops, you had a call.” To this, Haines corrected, “No, I had a GPS response,” before joking, “I guess I’m going somewhere,” while utterly stationary.

RELATED: ‘The View’ Fans Slam Sunny Hostin For Being Insensitive During An Episode Of The Show

Jump ahead the next day, Goldberg led a discussion with the guest panelists about the recent midterm elections. Given the nature of the topic, everyone got very passionate as they shared their thoughts on the democratic process. Juxtapose this serious discussion, then, with Hostin picking up her phone and Goldberg suddenly cutting off to demand, “Girl, put that phone down!” When Hostin reacted, Goldberg added, “God bless you!” Hostin explained, “It’s my son,” and others present laughed.

There’s a lot to talk about on The View, from politics to entertainment – and in Goldberg’s case, an upcoming celebration. She turns 67 on November 13. In anticipation of this event celebrating her, Goldberg extended the festivities outward; ahead of the big day, she listed 10 of her favorite things, which audiences all got to bring home that day!

Special gifts that Goldberg wanted to give to everyone include her special brand of prosecco, Birkenstocks shoes, artisan bracelets, hair and body care products, a sneaker that requires no hands to secure, cookware, and more!

RELATED: Whoopi Goldberg Appears To Lash Out At ‘The View’ Producers While On Air

Click for next Article
Previous article: Jennifer Aniston Stuns In A Vintage Chanel Bikini For Cover Of Allure Magazine
Next Post: Judge Rejects Walmart’s New Trial Request After Firing Employee With Down Syndrome