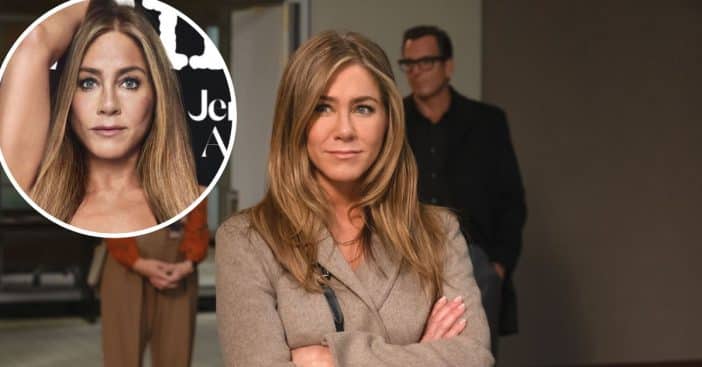 53-year-old Jennifer Aniston is sharing it all in a new interview with Allure. Not only did she open up about some personal issues, but she wore a very tiny bikini for the cover of the magazine issue. She looks stunning in a vintage Chanel micro bikini.

The bikini was made famous in 1996 by the late model Stella Tennant. Jennifer posed confidently in the bikini, baring a lot of skin. She said, “I feel the best in who I am today, better than I ever did in my 20s or 30s even, or my mid-40s.” Jennifer wore several impressive looks in the magazine issue, including an Aisling Camps dress.

She added, “We needed to stop saying bad s— to ourselves. You’re going to be 65 one day and think, I looked f—ing great at 53.” In the issue, Jennifer also got personal about her struggles with infertility and cleared the rumors that not having kids was not a reason for either of her two divorces.

She revealed, “I was trying to get pregnant. It was a challenging road for me, the baby-making road. All the years and years and years of speculation… It was really hard. I was going through IVF, drinking Chinese teas, you name it. I was throwing everything at it. I would have given anything if someone had said to me, ‘Freeze your eggs. Do yourself a favor.’ You just don’t think it. So here I am today. The ship has sailed.”

She continued, “I have zero regrets. I actually feel a little relief now because there is no more, ‘Can I? Maybe. Maybe. Maybe.’ I don’t have to think about that anymore.”