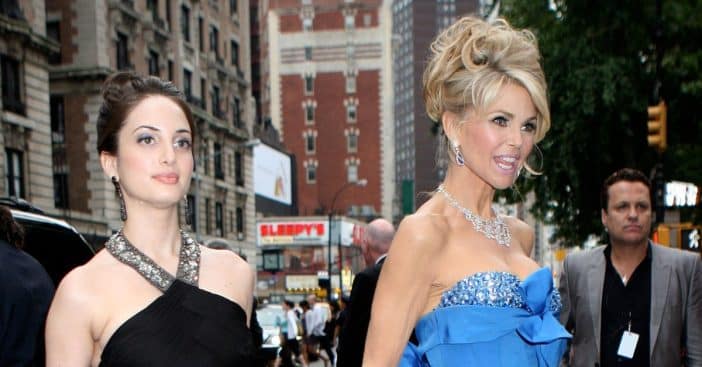 It is not unusual to see celebrity marriages crumble, whether 72 days or two decades old. As regular as it occurs, it still shocks fans when the divorce news of their favorite stars gets out. When Billie Joel and Christie Brinkley separated in 1994, the end of their 9-year-old marital union made headlines in the entertainment industry.

Fortunately, their union produced a child, Alexa Ray Joel. The 36-year-old who inherited her parents’ genes successfully entered the world of fashion and acting, but the expectation and attention that comes with having celebrity parents became burdensome for her to bear.

Born in 1985, Alexa began to put the musical talent she got from her father to good use when she created a musical group at the young age of 19. Subsequently, her fan base grew when she released her debut EP, Sketches, which cemented her place in the industry.

Like her mother, she was involved in fashion and was on the cover of the Bella Magazine Beauty issue in 2018. However, her musical career took precedence over her modeling life as she performed songs on the runway rather than walking on it. She enjoys music more, as she told Today, “I don’t know why I just decided to go into performing because I am such an introvert at my core. But music has always been my solace and always been my … where I go to.”

With hit songs like “Notice Me” and “Invisible,” one would think that dealing with imposter syndrome won’t be on her list of problems. “I was so insecure about being the daughter of a supermodel when I was a teenager. I was a late bloomer. And so I didn’t feel pretty or anything until, maybe like 20.”

On the other hand, insecurity isn’t new to Christie, her mother, as she revealed in an interview that she also went through the same feeling. “How many years ago, I was that insecure girl? And hoping that I would be good enough for Sports Illustrated?” Christie told Elle. “So, to see my daughters having the same thoughts that I had and be able to see them [modeling] is a big moment.”

Christie and Billie met when the musician was on vacation in 1983. The celebrities got married in 1985 and went on to become a Hollywood power couple as Billie always publicly displayed their love. This was short-lived, as 9 years into the union, they got divorced.

Their reason for divorce was hinted at by Christie in an interview with Instyle, “Just because people can express themselves through their art doesn’t mean they are great communicators in person.”

The couple moved on quickly as they found other marital partners in less than two years.