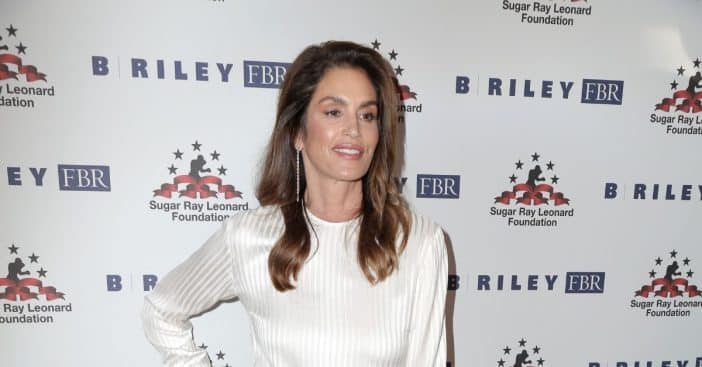 Becoming a model would have an impact on most life decisions, especially on things that should be spontaneous. Actions like what to eat, time to eat, exercise, and personal time, if that exists, are highly influenced by this job. For Cindy Crawford, having 18 years of her life controlled by the rules of a particular world was exhausting.

Cindy had been among the top supermodels who headlined the 1980s modeling industry. The trailblazer has worked alongside models like Christy Turlington and Naomi Campbell, modeling for top labels like Valentino and Chanel. The mother of two, who has experienced a life of fame and glamor, recently realized that she hasn’t lived life on her own terms without a compulsory routine.

Cindy Crawford hires a coach to deal with a midlife crisis

The 56-year-old retired model had lived all her life around routines and schedules. Spontaneity was not a luxury she could afford, or so she thought. At least not until she and her daughter received a last-minute invite from a friend to Nevada’s Black Rock Desert. Ordinarily, Cindy would not have acknowledged such an invitation as it wasn’t part of her plan, and a place full of “dust” may not be somewhere she would want to be caught.

However, for the first time in a long time, the model thought, “to hell with what everyone else thinks.” Bags for two days and two nights were packed, and Cindy found herself covered in dust cycling through a sandstorm, wearing a shimmery gold jumpsuit. She ended up having an incredible time. “I mean, listen, it’s raw. You’re uncomfortable because it’s dusty and dirty, but it’s very creative……It’s just wild and very liberating because you’re outside of yourself, in a way. It’s not like, ‘Oh, my outfit looks good; therefore I feel good.”

In this rawness and discomfort, Cindy realized she could be herself. The owner of Meaningful Beauty realized that being the planner and perfectionist has been causing herself a lot of stress and maybe a midlife crisis. “In my family, for instance, I’m the organizer, I’m the on-time one,” she reflected. “I’m the more serious one. And I think it’s easy to get caught up in these roles and to feel introspective as a result. Like, who am I? I don’t know. Maybe I’m just going through a midlife crisis.”

The supermodel is now more relaxed in her approach to life

After her short trip to the desert, the freedom and happiness she felt after bonding with her daughter was a means to self-discovery. She began to reevaluate her life and decided to adopt this self-discovery into her daily life. “It’s something I’ve been working on,” she says. “I started working with a coach this year, and one of the things that she speaks to me about is time. Specifically, where do I feel constricted, and where is it stressing me out?”

The wife of American businessman Rande Gerber has been living in her skin and enjoying life with few restrictions. Less than a month after she visited Black Rock, she posted a picture where she was casually scooting with her family on the streets of California. She was also seen at a wedding, making a fashion statement by wearing just one earring.

Click for next Article
Previous article: How To Watch Hallmark Christmas Movies On Peacock This Holiday Season
Next Post: Stevie Nicks And Billy Joel Team Up For Concerts In 2023