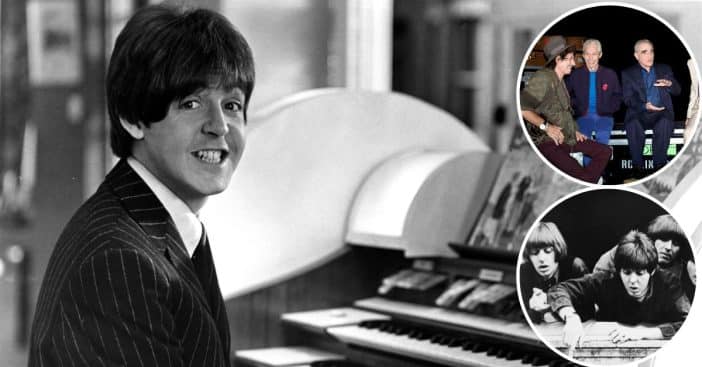 The Beatles and The Rolling Stones still resonate with fans today as they did in the ’60s. Both bands were at the forefront of the rock and roll music genre through the decade and beyond. The Rolling Stones, which was formed in 1962, two years after The Beatles, started out as a Blues cover band until they crafts original hits after being identified as the newest rock band.

There have been assumptions — emphasized by the media of the time — that The Beatles and The Rolling Stones had become musical rivals; however, Paul McCartney, The Beatles’ bass guitarist, said there was nothing of the sort going on between them. Although evidence contradicts McCartney’s stance, he claims they got along pretty well.

Both legendary bands met in 1963

According to Variety, the two bands met at a pub in Richmond when The Beatles went to watch The Rolling Stones perform, after which both bands lodged in an apartment in Chelsea and partied till dawn. Also, The Beatles’ lead guitarist, George Harrison, was instrumental in The Rolling Stones getting a record deal.

It is also safe to say that The Beatles gave The Rolling Stones a launch pad for their career, as The Stones’ first big single was Lennon/McCartney original, “I Wanna Be Your Man.” Their relationship seems more symbiotic than heated, which Paul McCartney made no secret of.

RELATED: Paul McCartney’s Wife Of Over A Decade, Nancy Shevell, Is A Successful Businesswoman

The Beatles vs. The Rolling Stones

In an interview with Wired, McCartney revealed that The Beatles got along well with The Rolling Stones and still do today. “The thing was, we were all young guys who were just coming into the music business. We all had a lot in common, and we would meet each other in clubs or TV programs we were all doing and we’d hang out socially,” he explained, “We knew them quite well and had a lot of fun and stuff. I don’t quite know how the rumor got started that we were rivals.”

He continued, “Me and John actually wrote their first hit, which was ‘I Want to be Your Man.’ So, we couldn’t have been that much rivals. We really liked them and, to this day, I go to their shows, and we get to sometimes hang out. Good group, not as good as The Beatles, but good.”

However, Variety reported that some jabs flew between both bands. John Lennon had said the Stones imitated them and called Mick Jagger a joke. Jagger commented that he did not care that The Beatles broke up and admitted that there was a sort of rivalry, but they are friends. In fact, Jagger and McCartney recently poked at each other, but we suppose it was more out of respect than strife.

Click for next Article
Previous article: ‘The Golden Girls’ From Oldest To Youngest
Next Post: Unfortunately For Fans, Dolly Parton Has No Plans On Touring Again