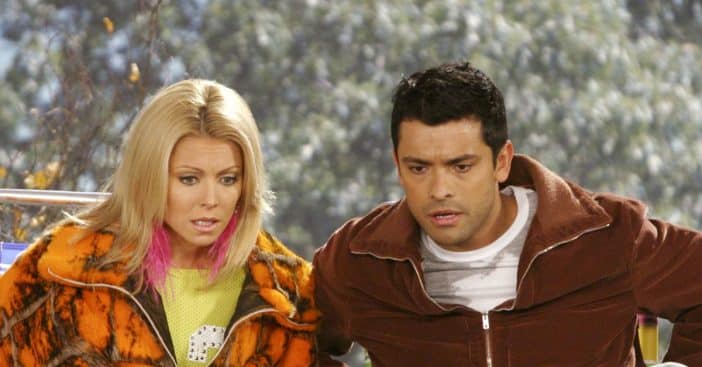 Kelly Ripa has been teasing some interesting stories from her new book called Live Wire: Long-Winded Short Stories. She discussed the time during the COVID-19 pandemic when she thought she was pregnant, which would have been quite a surprise since her children are 25, 21, and 19 years old.

She shared, “I will definitely include that time during the pandemic that I thought my husband got me pregnant. I started taking pregnancy tests daily, but then Mark sort of gingerly said, ‘Could there be another reason why you’re not getting your period?’ and me saying, ‘What other reason could there possibly be?’ He really had to walk on eggshells here [by explaining to me that I was probably going through menopause].”

Kelly joked, “I was really grateful that I was not going to have to explain to my kids that they were about to meet their new sibling.” She and Mark have been married since 1996 after they met on the soap opera All My Children. They had three children right away and are now adjusting to life as empty nesters.

All of their children are out on their own now, so Mark and Kelly have more time to themselves. It seems that Kelly passed some of the time by writing her memoir in addition to hosting  Live! With Kelly and Ryan. She hopes that the book will inspire other women to share their stories.

She revealed, “I think that in life, as a woman, you have to self-advocate. I’ve been called ambitious, but not in a good way. I’ve been called exacting, also not in a good way. But these are actually really great things, and I think that the fear of not being liked overlies our best intuitions about entering into business arrangements, or contract negotiations, and more often than not, I have come away asking for less than what I know the fair market value of a person like me is. ‘Know your worth,’ as [Morning Joe co-host] Mika Brzezinski always says. Know your value and hold your value. Don’t offer yourself at a discount.”