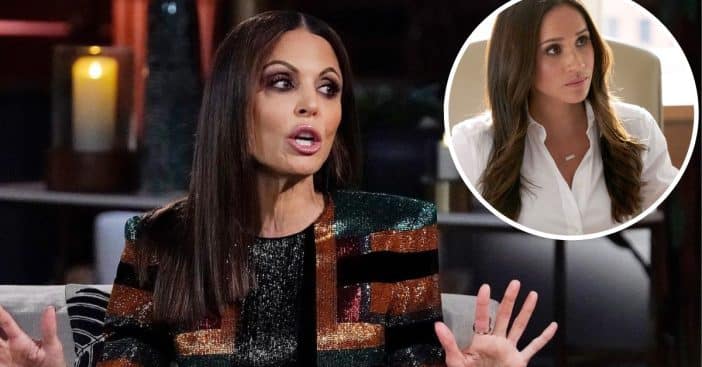 Bethenny Frankel, one of the former stars of the Bravo reality show The Real Housewives of New York, trashed Meghan Markle on her JustB podcast. She had an issue with the body language between Meghan and her husband Prince Harry at Queen Elizabeth II’s funeral.

Bethenny inserted herself in the debate on whether or not Harry and Meghan’s hand holding was appropriate at the royal events. Many have compared the body language between Meghan and Harry to Prince William and his wife Princess Kate.

Bethenny said in her podcast, “You cannot compare affection in someone who’s been together for two to three years and someone has been together for, you know, almost two decades and how long have you been keeping married? You just can’t? It’s ridiculous. Why weren’t the queen and Prince Philip canoodling at their last public event together? Why because they’ve been together since f***** fire.”

She continued, “Kate and William have been together a minute. So, the body language of them together or apart is not something to be read into. It’s just a different length of a marriage.” She added, “Grow up. Keep your hands to your f***** selves at a royal funeral. Grow up.”

Bethenny has slammed Meghan before, calling her “self-important” and even comparing her to a Real Housewife. She explained, “In that she can’t stop talking about the very thing that she wants to be irrelevant.”