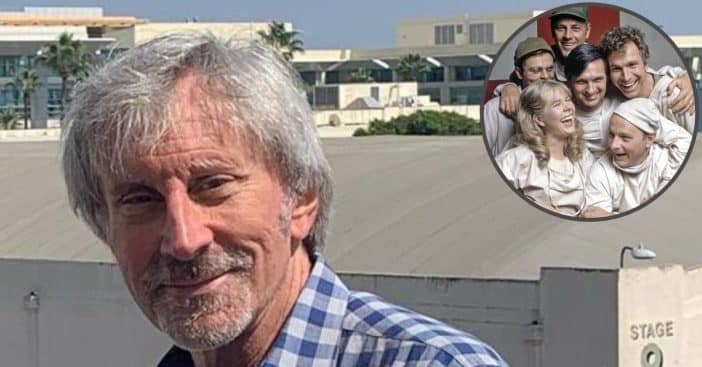 Jeff Maxwell, who played Pvt Igor Straminsky in the 11-year run series, M*A*S*H, talks about how the series switched from being a relatively unknown show to something 106 million people tuned in to watch the final episode in 1983. He also talked about the reception of the sitcom’s fans, especially war veterans, who would walk up to him to reveal how much they enjoyed the show.

“It wasn’t getting good ratings,” Maxwell started. “After CBS moved it to another day, it immediately skyrocketed. Suddenly everybody was getting a chance to see it. But there weren’t enough eyes on it at first. Then it was put in a time slot with other great shows, and suddenly, people were discovering it.”

He shared the reason the series became a hit after the time change. “The themes that the show dealt with week-to-week were always very universal. It had this amazing ability to navigate tragedy, the horrors of war, and humor in a very sophisticated, human way,” he said. “I use the term ‘situational comedy’ lightly when describing ‘M*A*S*H’ because it dealt with some pretty heavy-duty stuff … but it was always dealt with kindness. And I think it pushed buttons.”

RELATED: During The 50th Anniversary Of ‘M*A*S*H’, Alan Alda Talks About The Shocking Death Scene

Maxwell didn’t leave out the effort the producers put into the sitcom either. “And I think [creators] Larry Gelbart and Gene Reynolds put their arms around the show and said, ‘We’re going to do this right – no matter what.’”

“I think it was around the third season when it really started to get noticed,” he continued. “I think people realized that this was something they needed to pay attention to. And it didn’t take long for it to pick up traction with audiences. The ratings started to go through the roof. And that’s when things really started to get exciting.”

The sitcom’s impact on Maxwell

The 75-year-old started realizing the impact of the movie when veterans started recognizing him. “They would just come up to me and hug me. They would just go, ‘Gosh, I so appreciate what you guys are doing, and it’s such a great show,’” he said. “That had such a profound impact on me. You had good, passionate veterans responding to it in such a special way.”

At the same time, M*A*S*H made him understand military life better. “I learned a great deal about the military and a great deal about the dedication, the passion those guys have for what they do and who they are. It impressed me – it still does. I came away with such tremendous respect for the military,” he revealed. “It can be a terrifying machine. But at the same time, these are terrific people doing a tough job. You’ve gotta take your hats off to them and give thanks.”