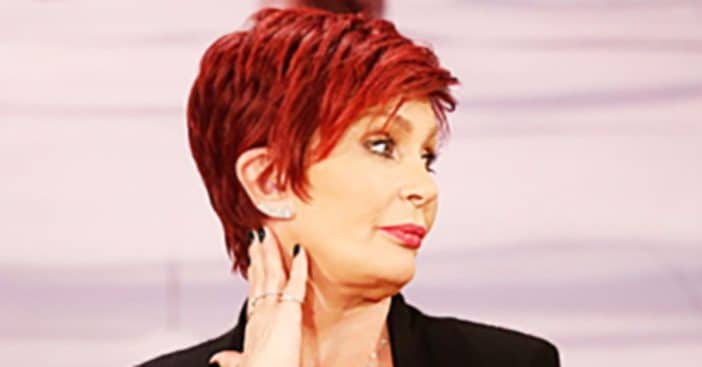 Sharon Osbourne is opening up about her own experience with cancel culture and how she’s worried for others who can’t defend themselves. Sharon was fired from The Talk after getting into a disagreement with co-host Sheryl Underwood about racism. It all happened when she defended her friend Piers Morgan about comments he made about Meghan Markle.

Sharon clarified that she was not agreeing with or defending his comments. Even so, she was seemingly “canceled.” Now, about a year later, Sharon is talking more about the experience and how it damaged her career. She even said that people were sending death threats to her family.

Sharon Osbourne talks about her experience with cancel culture

She explained, “[It was] not just a small thing, because nobody will touch me now because of what happened. So it’s not a small thing, but I’m fine. I can take care of myself. But what about the people [who] can’t? … That’s what we’ve got to worry about.”

Sharon said that she worries about people who can’t defend themselves and get fired for things they said decades ago. She said that now employees might get fired for a social media post they made when they were 12 years old even if they no longer have the same opinions. She added that the television and film industries don’t often give second chances because of “woke culture.”

Sharon will talk more about her exit from The Talk and what happened after in a new four-part docuseries on Fox Nation. It is called To Hell & Back and is now streaming. Watch the trailer:

Click for next Article
Previous article: Royal Photographer Says Last Photos Of The Queen And Prince Louis Were ‘Spontaneous’
Next Post: Kelly Ripa Says It Was Often Difficult To Work With The Late Regis Philbin