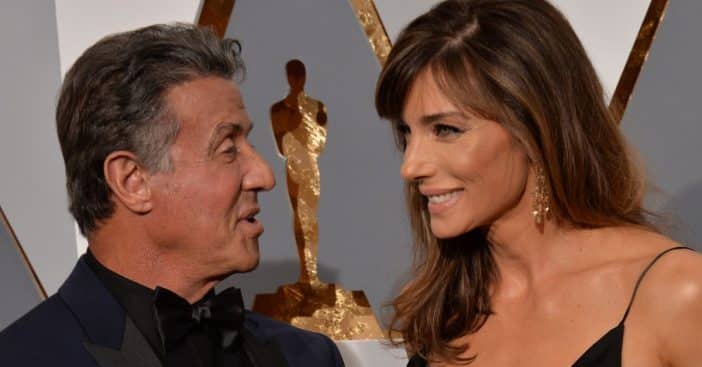 Sylvester Stallone and Jennifer Flavin appear to be making it work. Less than a month after Jennifer filed for divorce from Sylvester, the couple is reportedly reconciling. Sylvester sparked rumors of a possible reconciliation after he shared a photo of the couple holding hands with their backs to the camera.

He also shared a photo of his family, including their three daughters, when they were younger. A judge signed an order this week that will temporarily suspend the divorce proceedings in order to help the couple reach a resolution. It read, “The Parties agree that it is in the best interests of each of them individually, and more importantly collectively as a family, to resolve all issues attendant to the dissolution of their marriage in a dignified, amicable, and private manner out-of-court.”

Sylvester Stallone and Jennifer Flavin are reportedly back together

A spokesperson for Sylvester said, “They decided to meet back up at home, where they talked and were able to work out their differences. They are both extremely happy.” It was reported that some of their differences involved different ideas when it came to finances and adopting more dogs.

Prior to the divorce announcement, Sylvester was seen covering up a tattoo he had of Jennifer’s face with his late dog Butkus. Fans guessed that something was wrong just days before Jennifer confirmed that she filed for divorce.

It is great to hear that the couple is working things out.

RELATED: Sylvester Stallone Covers Up Tattoo Of His Wife With His Beloved Dog

Click for next Article
Previous article: ‘Welcome Back, Kotter’ Cast Then And Now 2022
Next Post: 52-Year-Old Heather Graham Is Radiant In Sunny, Bikini-Clad Italian Getaway Photo