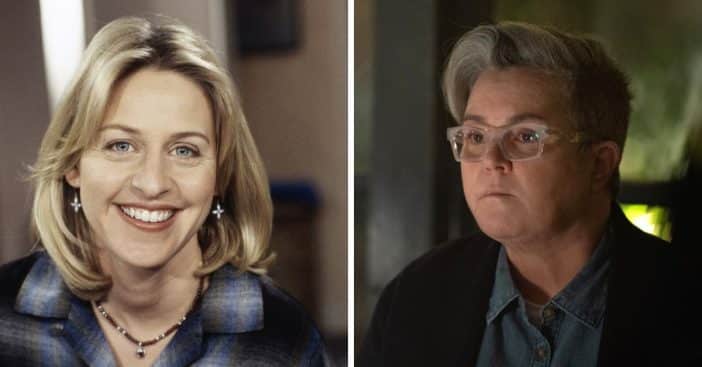 American comedian and TV personality Rosie O’Donnell has come out to shed light on why she didn’t maintain a cordial friendship with Ellen DeGeneres after the latter had a specific conversation with TV host Larry King.

Appearing with Andy Cohen on Watch What Happens Live, O’Donnell, 60, claimed that that moment between DeGeneres and Cohen “hurt her feelings.”

O’Donnell told Cohen that she had invited DeGeneres on her talk show, but the same courtesy was not extended to her until the end of the 19th season. Surprised, the Bravo host asked, “Did they not ask [you to appear]?”

“No,” O’Donnell replied. “We had a little bit of a weird thing, and after my show went off the air and hers was coming on the air, Larry King was on with Ellen, and he said, ‘What ever happened to Rosie O’Donnell? Her show went down the tubes! She came out as a lesbian and disappeared!'”

DeGeneres’s response came as a shock: she denied having any contact with O’Donnell, who told Cohen, “And Ellen said, and I’m quoting, ‘I don’t know Rosie. We’re not friends.'”

The former Rosie Show host recounts the playback of the scenario. “I was in bed with [ex-wife] Kelli [Carpenter], and I said, ‘Did I just hear that? Or was that a hallucination?’ And that’s what happened. And it hurt my feelings like a baby, And I never really got over it.”

Cohen wanted to clarify whether or not O’Donnell had been asked to be on DeGeneres’ show before it ended its run. She replies, “I was gonna go on for ‘SMILF,’ but I wanted to bring someone else with me so it was a little less awkward. They didn’t want to do that.”

The Celebrity Detox author concluded that she harbors no ill-feeling toward DeGeneres and hopes she has a smooth journey in her career, “I wish her all good things in her life and that she should be well.”

Click for next Article
Previous article: 40 Years Strong, Ozzy And Sharon Osbourne Never Gave Up On Their Marriage
Next Post: ‘The Munsters’ Inspired A Song By Fan Rob Zombie