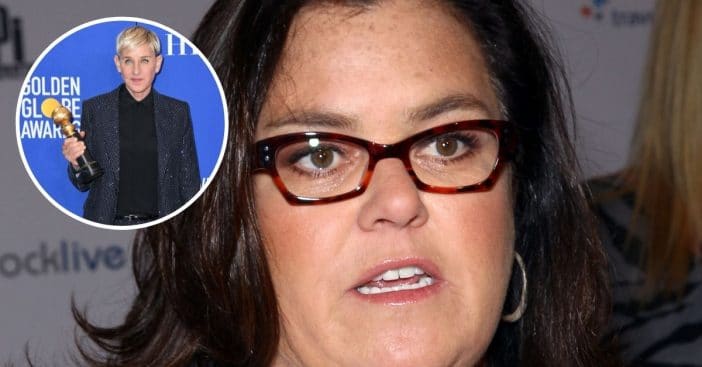 Comedian and former talk show host Rosie O’Donnell shared her thoughts about Ellen DeGeneres and her show ending. She was asked about the situation on The Jess Cagle Show during a recent appearance.

Rosie said, “I have an understanding of the cycle of show business, and kind of what happens in people’s careers, and when enough is enough. Oftentimes people don’t know that. I think I have a good balance of both in my life, of the importance of both. And it’s hard to maintain. It’s hard to do, especially when you’re doing a show like that.”

While Rosie’s show was much shorter than Ellen’s with six years on the air instead of 19, she knows the struggles of being in the public eye.

Rosie added, “I don’t think it was the ‘be kind’ thing that got her. I think that’s oversimplification. But it was a lot of things, and it was complicated, and I’m glad that she’s, you know, going to be finished and she can get some time to herself. It’s a huge kind of strange thing to be on a show like that, and have all that attention on you. And she had it for like 19 years. So, you know, it’s a tough thing.”

Sources also said that Ellen had been wanting to end the show for years. Likely all of the controversies from last summer helped her make the decision to ultimately end the show in 2022.

Click for next Article
Previous article: ‘Duck Dynasty’ Matriarch Kay Robertson Was Recently Hospitalized
Next Post: Sets From ‘The Brady Bunch’ Were Used For A Horror Film Involving Bugs