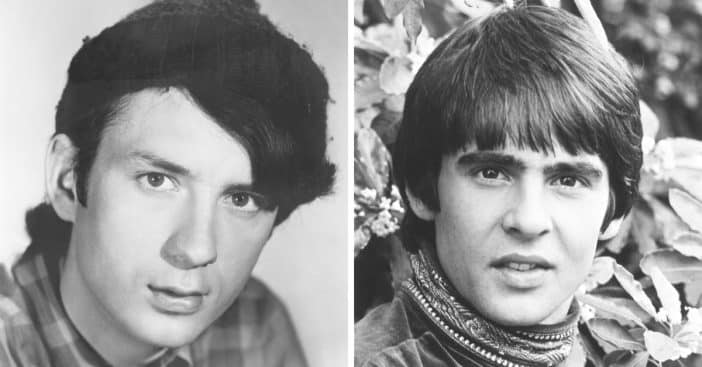 Mike Nesmith, member of The Monkees and known for his incredible songwriting skills, died in December 2021. Prior to his death, he revealed his favorite song the group recorded, “Daydream Believer,” composed by John Stewart of the Kingston Trio at the start of his solo career. As to its composition, Stewart reflected, “I remember going to bed thinking, ‘What a wasted day — all I’ve done is daydream.’ And from there, I wrote the whole song. I never thought it was one of my best songs. Not at all.”

When it comes to The Monkees’ version, Davy Jones was the lead singer, and “Daydream Believer” became one of their biggest hits, topping the Billboard Top 100 for 16 weeks and remaining at No. 1 for four. And while many other artists have covered the song since its first release, Jones claimed none of them came close to the original recording by The Monkees. “I sing it better than anybody else,” he said. “I’ll give them the best. I’m the one that did it first, you know. It doesn’t matter whether it’s 10 people or 10,000 people. My performance is the same. I put it right out there, you know, like everything.”

During an interview in 2012, the year of Jones’ death, Nesmith said of his bandmate’s role in the quartet, “For me, David [Davy Jones] was The Monkees, They were his band. We were his side men. He was the focal point of the romance, the lovely boy, innocent and approachable; Micky was his Bob Hope. In those two — like Hope and Crosby — was the heartbeat of the show.”

RELATED: Micky Dolenz Claims This Monkees Album Is The Highlight Of His Career

Also, Nesmith reminisced on his most prized moments with Jones and how he made being together lively. “He told great jokes,” he remembered. “Very nicely developed sense of the absurd — Pythonesque; actually, Beyond the Fringe — but you get my point. We would rush to each other anytime we heard a new joke and tell it to each other and laugh like crazy. David had a wonderful laugh, infectious.”

The Grammy Award winner revealed “Daydream Believer” as his favorite Monkees song and tried to explain the art behind the hit track. “The sensibility of the song is John Stewart at his best, IMHO — it has a beautiful undercurrent of melancholy with a delightful frosting, no taste of bitterness,” Nesmith claimed. “David’s cheery vocal leads us all in a great refrain of living on love alone.”