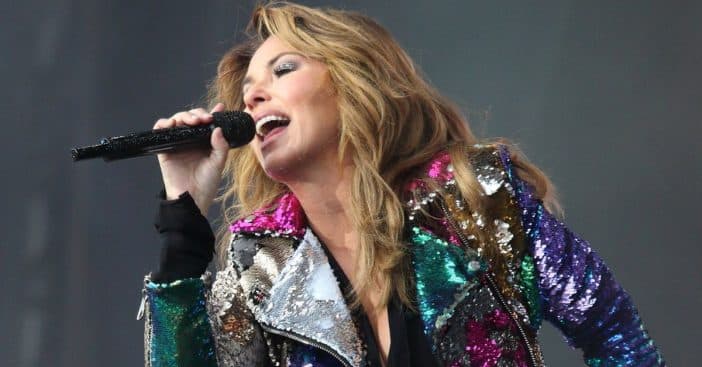 Shania Twain recently turned heads while wearing a stunning plunging dress with a high leg slit for the ACM Honors. She shared a photo of herself on Instagram all glammed up and ready for the night, saying in the caption, “What a great night! My heart is full from watching and hearing the tributes 🥹 Being acknowledged as a songwriter has always been my goal… thank you to the @acmawards for honoring me with the Poet’s Award.”

She continued, “It’s been a bumpy ride, I kept my chin up, developed a tough skin and got on with it!!”

Along with the stunning dress, she paired them with leopard-print thigh-high boots and a leopard print hat to match. When she took the stage to accept her award, she instead opted for a floor-length, zebra print gown. If that wasn’t enough, some other country stars paid tribute to Twain with their own fashion sense, Kelsea Ballerini being one of them. She stunned in an old number that is a blast from the past for some fans who remember when Twain wore it—the gown that Twain wore to the 1999 Grammy Awards.

“if your hero is shania twain, meet your hero. you may become friends and she may even let you wear THE dress. 🤍” Ballerini captioned her post. And what’s even better is that Twain had nothing but good things to say about the old dress being broken out again for old time’s sake.

Click for next Article
Previous article: Erika Alexander, Pam Tucker From ‘The Cosby Show,’ Is Now An Advocate For Other Black Actors
Next Post: Salma Hayek Celebrates 56th Birthday With Sizzling Bikini-Clad Dance