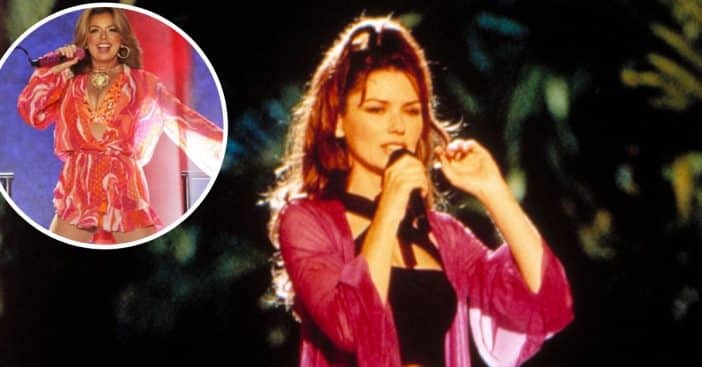 She wore a low-cut mini dress with a bedazzled bralette, rhinestone boots, and a large necklace. Everything was in bright colors and it looked like she was having a blast! Shania recapped the night on her Instagram page as well, saying that a little rain couldn’t ruin their fun.

She wrote, “Well… where do I even start!? @bootsandhearts was wild… for many reasons!! It felt soooo good to be back in my homeland… even with the severe thunderstorms trying to ruin our fun 😅 But no amount of rain was going to stop our kick-ass party!! Thank you to every single one of you for your energy – what a night! And it was even more special to close out a festival with an all female main stage lineup ❤️ I’ve said it before and I’ll say it again… LET’S GO GIRLS!! 🔥⁠ 📷: Kevin Lamb, @darreneagles & @hidden_beats”

Even though it was raining pretty hard during her performance, fans still said that they had an incredible time. Shania has had many incredible performances and outfits over the years and now fans can take a walk down memory lane.

Shania goes through her long career in Shania Twain: Not Just a Girl documentary now on Netflix.