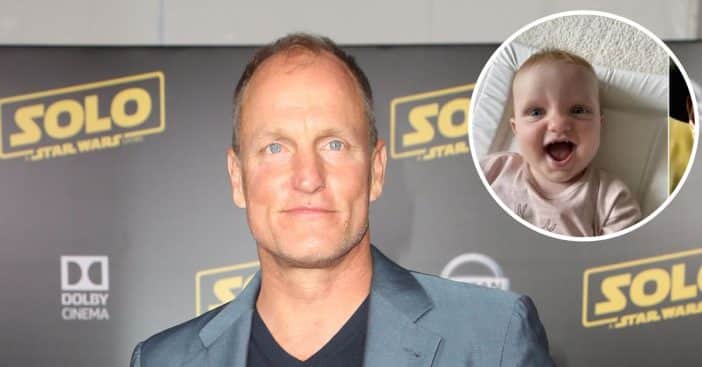 Life is full of wonders, and one of such is how people who are not family members look so much alike despite having different genetic makeup (DNA). The joy of seeing or hearing about the existence of one’s look-alike can be overwhelming and evoke different emotions in people.

Recently, The Man From Toronto star Woody Harrelson showed his poetic side after a fan, Dani Grier Mulvenna, who lives in Northern Ireland, took to Twitter to share a picture of her baby girl, Cora, side-by-side with Woody’s photo. The mother who noted the resemblance captioned, “Ok, but how does our daughter look like Woody Harrelson?”

Ok but how does our daughter look like Woody Harreslon pic.twitter.com/v3oZbXDrQM

Like wildfire, the post gained a lot of traction on Twitter, with over 30,000 retweets and more than half a million likes. Surprisingly, The Hunger Games actor reposted the tweet on his Instagram page with a sweet caption: “Ode to Cora.” “You’re an adorable child / Flattered to be compared / You have a wonderful smile / I just wish I had your hair @danigriermulvenna,” he wrote.

RELATED: Whatever Happened To Woody Harrelson, Woody Boyd From ‘Cheers’?

Woody’s ode attracted a blend of emotional and hilarious comments from his fans. An Instagram user revealed how the Venom: Let There Be Carnage star’s response beat his imagination, “Everyone was hoping he’d respond, but this is better than anyone could have expected.”

Interestingly, some fans also bantered that Woody was somehow closely related to Cora. “Plot twist: you’re the real father,” a second user said, while another claimed, “Mr Harrelson must’ve been filming in your city a while back.”

Click for next Article
Previous article: Cults Wrote To Paul McCartney Concerning “Hey Jude” Lyrics
Next Post: Erika Alexander, Pam Tucker From ‘The Cosby Show,’ Is Now An Advocate For Other Black Actors