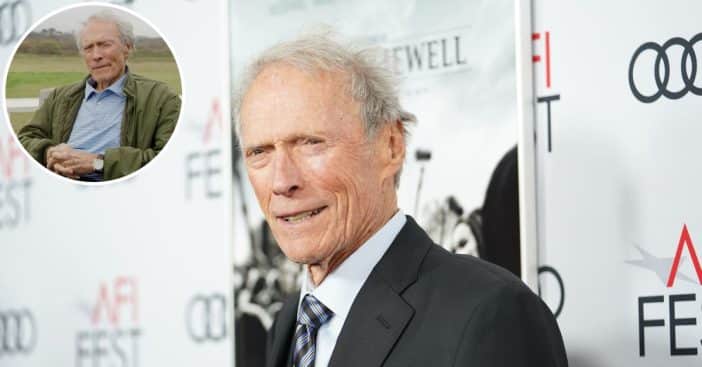 Did you know that Clint Eastwood is an animal lover? While it’s a known fact that Clint’s Hollywood niche is in Western-themed movies, in a documentary, Why on Earth, he shows his other interests. The actor lent his voice to the cause in the doc by Katie Cleary, an animal rights advocate and filmmaker.  In the trailer, Clint reiterates his love for creatures great and small, “I am an animal person. I appreciate the beauty of them. I just want to see everything live,” he says.

Interestingly, Clint was chosen through Katie’s connection with his daughter, Alison Eastwood, an ardent animal rights advocate and co-founder of the Eastwood Ranch Foundation. The 92-year-old did not fail to share his opinion on how the world can be better. Besides, Katie thinks she made the best decision featuring Clint in the documentary, “He takes us through the whole process. He’s incredible. He’s a huge animal lover. So, this film really just brings out an amazing side to him that maybe a lot of people haven’t seen, which is that compassionate side, especially for animals,” she revealed.

Clint opines that the mass adoption of a plant-based diet is the saving grace this planet has. “The plant-based diet should affect positive changes for the well-being of animals and people,” he said.

Also, to support Clint’s claim, a vegan magazine, VegNews, writes, “Why on Earth brings forth many themes about the destruction humans have inflicted on the planet through various activities and makes sure to spotlight animal agriculture as a major contributor. A growing body of scientific research supports what this documentary, and Clint Eastwood, suggest would be an important solution moving forward: transitioning to a plant-based diet.”

Furthermore, the documentary serves as an avenue for people in the same interest category as Clint to lend their voice, the likes of NBA legend John Salley; people working tirelessly to save orangutans from deforested areas; and groups like the Animal Recovery Mission (ARM).

Katie’s wish is for the documentary to raise a generation of people who love their environment. “Why On Earth has been a labor of love for the past four years. We are so excited to finally share with the world this important documentary to raise awareness about the many issues that impact our planet’s critical species,” she said.

Why on Earth debuted on August 16 and is available for streaming on various platforms.