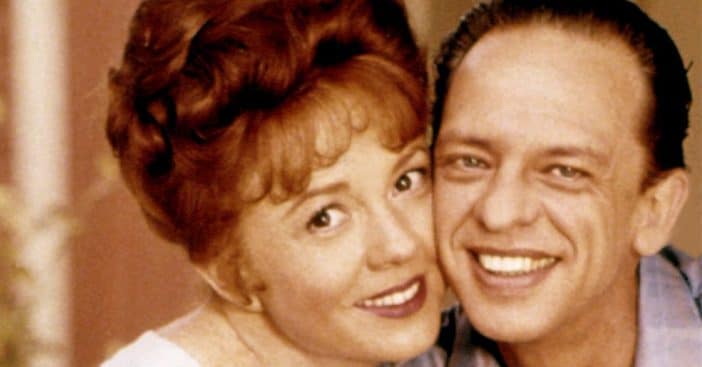 Betty Lynn was best known as Thelma Lou on The Andy Griffith Show. She sadly died last year at the age of 95. Prior to her death, she had been working on an autobiography which has now been released posthumously. In the book, Becoming Thelma Lou – My Journey to Hollywood, Mayberry, and Beyond, she opens up about how she spent her time before becoming an actress.

One of Betty’s greatest achievements was being a performer at USO Camp Shows. After high school, she performed in the USO for service members during World War II. Tim McAbee, who co-authored Betty’s memoir, said, “I was in awe of hearing her stories.”

Betty Lynn entertained the troops before she ever became Thelma Lou

He continued, “This was a young lady straight out of high school who put herself in very difficult situations. She chose to travel and perform for soldiers and visit them in hospitals. All she wanted to do was try and cheer them up. It didn’t matter if she found herself in harsh terrains or if temperatures were over 100 degrees. She was a very proud [patriot] and wanted to serve in any way she could. And she was just as proud of that as anything else she did in Hollywood, if not more.”

When Betty asked her mother if she could join, reportedly her mother was worried about her daughter going overseas. Betty reminded her that if she were born a boy, she would have been made to go fight the war.

Betty wrote in the memoir, “I was very patriotic, as most people in those days were, and I wanted to do something for the war effort. I convinced Mother that this was what I wanted to do. Even though Mother was very scared for me… she signed the papers allowing me to join the USO.” So, she went, and even in less than ideal conditions, she entertained the troops and was very proud that she did so.

Click for next Article
Previous article: One Trisha Yearwood Song Brings Don Henley To Tears Every Time He Hears It
Next Post: Clint Eastwood’s Father’s Death Made Him Completely Change His Diet