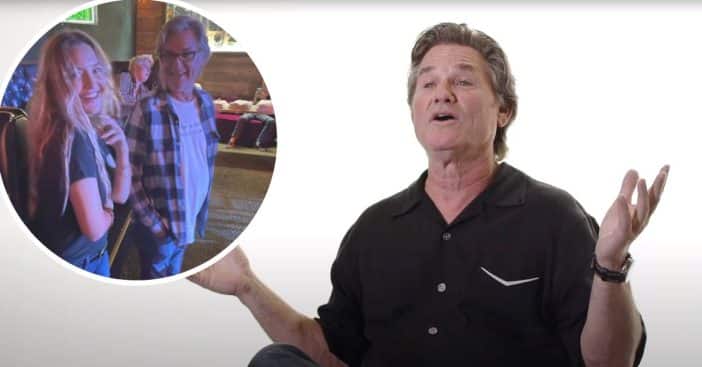 Goldie Hawn and Kurt Russell are not married but they have been together for almost 40 years! Naturally, this means Kurt has grown very close to Goldie’s children and grandchildren and calls them his own. He proved that he is the coolest grandpa when he was seen attending Goldie’s grandson Ryder’s band.

Ryder is Goldie’s daughter Kate Hudson’s oldest son. 18-year-old Ryder has been rocking out with the band Codependence and Kate shared photos of the family enjoying the show. Kurt can be seen in the last photo, looking relaxed and happy to be there.

She captioned the series of photos, “Watching my baby 🎸 @mr.ryderrobinson #stagemoms #bestnight 💫” Fans couldn’t get enough of the photos and loved that “grandpa came to watch!” One person wrote, “Love seeing Kurt look at her like this. Such a Great dad!”

RELATED: Goldie Hawn And Kurt Russell’s Son Wyatt Is Going To Be A First-Time Dad

Kate also has a son named Bingham and a daughter named Rani Rose. In addition, Goldie and Kurt have several other grandkids from their children, so it seems they have lots of kids around to keep them busy!

Watch Kate’s sons practice their music skills below. Perhaps it won’t be long until Ryder pursues a career in music!

RELATED: Goldie Hawn And Kurt Russell Dress Down For A Casual Lunch With Son Wyatt

Click for next Article
Previous article: Heather Locklear’s Look-Alike Daughter Ava Sambora Is Making Her Parents Proud
Next Post: Bette Davis Blamed Others For Losing Out On Scarlett O’Hara In ‘Gone With the Wind’