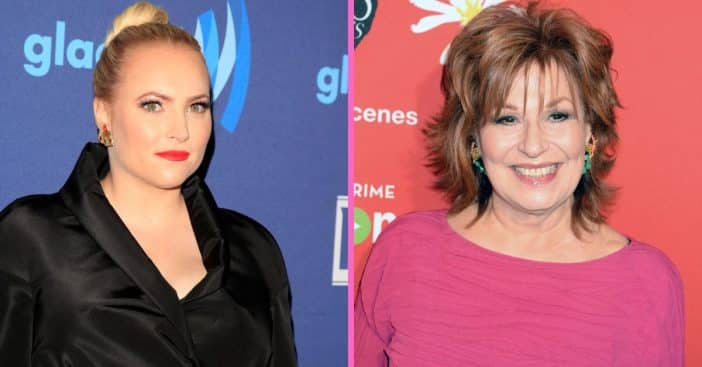 ABC’s talk show The View has seen a few lineup changes in its 25 seasons. Since its debut in 1997, it has been presented by a variety of public figures, including Barbara Walters, Whoopi Goldberg, Raven-Symoné, and Michelle Collins. For the 23rd season, Joy Behar, Goldberg, Sunny Hostin, and Meghan McCain worked together to lead the show. McCain famously stepped away from The View in 2020, a decision she partially credits to Behar.

Speaking with The Commentary Magazine Podcast, McCain outlined her experience returning to The View after her maternity leave. She gave birth to daughter Liberty in the fall of 2020. McCain spent three months away from the show and returned on January 2021. By the end of the 24th season, she was leaving permanently and has opened up about alleged conversations that inspired the decision.

On the August 4 episode of The Commentary Magazine Podcast titled “Meghan McCain’s True View.” There, she gave “the backstage skinny on why she left ‘The View,'” according to the Spotify synopsis. She finished her maternity leave and, she shared, “I finally went back to the show, and the day I went back to the show, Joy Behar said on air, ‘Nobody missed you, we didn’t miss you, you shouldn’t have come back.'”

Getting a full view of ‘The View’ now

Since McCain bowed out, The View is expecting some new faces to join Behar: Alyssa Farah Griffin and Ana Navarro. Alyssa has voiced excitement, saying, “it’s going to get sporty sometimes, but I adore you women. And I’m so excited for it. I’m ready for it.” Behar advised her and Navarro to treat the show like a volleyball game; make a serve and wait for the ball to come back.

McCain had a different metaphor. She has said, “I kind of feel The View is like when the guy who has a bad reputation wants to date you and you’re like, ‘I’m going to be the one to change him.'” While McCain has said she enjoys political debates and arguments, she added, “I don’t like when it’s personal, and it started getting really, really personal.”

Who are your favorite The View hosts?

Click for next Article
Previous article: One Of John Prine’s Last Recordings Was A Cover Of John Anderson’s “1959”
Next Post: Barbara Eden Opens Up About Private Conversations She Had With Elvis Presley