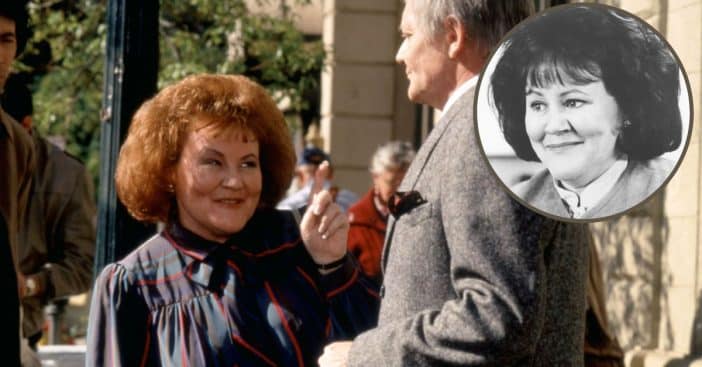 It has been reported that Ferris Bueller’s Day Off actress Edie McClurg is a victim of elder abuse. This has been reported directly by Edie’s conservator. In a newly filed request for a restraining order, it was explained that a man named Michael Ramos has been able to “ingratiate himself into [her] life while she was battling dementia.”

NBC News further reports that according to court filings, Ramos is unemployed and “was able to finagle his way into [McClurg’s] home even though he has never paid any rent or expenses.” And, apparently in 2019, Ramos attempted to remove Edie from California “in order to marry her when he knew she lacked capacity.”

It was back in 2017 that Edie’s doctors had formally documented that she was “no longer able to handle her own affairs given severe cognitive dysfunction, is not capable of living alone without supervision and assistance, and is especially vulnerable to undue influence given her poor judgment and evident dementia (likely due to Alzheimer’s disease).” She was then placed in conservatorship in 2019.

RELATED: How To Be A Motivational Caregiver Without Unintentionally Bullying

It’s not entirely clear how or when Edie met Ramos. Her conservators insist that the two have never been romantically involved, and they even filed a criminal complaint against Ramos on more than one occasion. Her caretakers also worry that Ramos “either has been or may be currently assaulting [McClurg] in a similar manner and that given her diagnosis of dementia, she may not even realize that it has been or is occurring.”

Despite all this, Ramos has denied such claims. “[Conservator] Angelique Cabral wants me to be removed from the residence and uses mere lies and speculation that I have harmed or may harm Edie and that is a lie that I cannot live with and must defend,” Ramos said. “I did not harm Edie McClurg and I would not harm Edie McClurg.”

His lawyers further explain, “These are false allegations brought about by Ms. McClurg’s conservator and her counsel who have made it their mission to overturn orders issued by a Los Angeles Superior Court judge allowing Ms. McClurg’s long-term companion/fiancé to continue to reside with her at her home. Despite the seriousness of the allegations, we are not aware of any criminal charges pending against this individual, nor do we expect there to be any.”