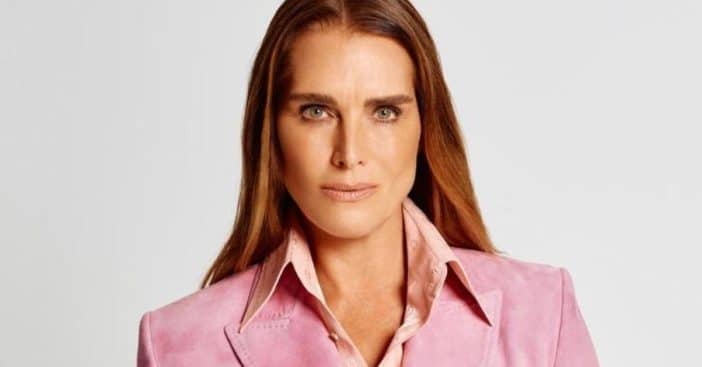 Brooke Shields was initially a child model and, shifting to acting, became famous at the age of 12 for her lead role in Louis Malle’s 1978 movie Pretty Baby. Despite the outstanding achievements in her career, she has shown her fans and critics that she is not ready to hang her boots yet. In a video she posted on Instagram, Shields gave a taste of her interview with Gayle King on Oprah Daily, where she discussed the concept of aging in Hollywood, her career, and her online platform. She then went further to talk about her reason for starting her women-driven lifestyle brand saying, “When I think about beginnings, I feel like it’s now. I wanted women to be able to feel that. We’re not asking for permission.”

After this, she encouraged women to “try new things, to say look how long I’ve lived and look how much more I have.” “Beginning is Now. I’m still in a career, I’m still working, I’m here, and I was shocked by how unrepresented I was. You’re either [in your] 20s and sexy and fabulous, or you’re in Depends, and you’ve got dentures,” She said to King. The Blue Lagoon star continued, “from 40 on, we start living in our lives,” but society doesn’t seem to agree. We’re not marketed to! Once you’re over, you stop working; you’re, like, put out to pasture. I was incensed by that.”

Shields Speaks About Aging In Hollywood

The Suddenly Susan actress, who is now 57 years old, was on the Verywell Mind podcast in June and discussed her aging experience with Amy Morin, host and licensed therapist. She stated, “I’ve been fighting ageism in Hollywood probably since I was about 7. It starts then in Hollywood, but it really… sexiness doesn’t have to just be a young person’s reality, the commodity of being sexy and being vibrant and not being burdened by so many of the things that burden you, whether it’s your biological clock, or the way things are laid out for you, because that’s what traditionally has done.

RELATED: Brooke Shields Is Fighting Back Against Ageism In Hollywood

All those burdens really do shift… They take on a different look and a different meaning really when it starts in your 40s. That’s when I started to just really not waste time on things that didn’t serve me or make me feel good about myself.”

Shield Has Learnt To Live With Her Aging Body

The actress has stated that she has now found comfort in aging as it must catch up with everyone. Speaking with Fox News Digital in 2020, she said she had to let go of her much coveted Kalvin Klein Jeans. “I can get into them, but it looks painful. I recently found them, [but] I think the last time I fit into them comfortably was probably while I was in ‘Wonderful Town’ on Broadway [back in 2004]. They’re so high-waisted,” she said.

“When I was that age, I was built like a little boy. I don’t have any desire to fit back into them. I’ve had two children, and I’ve grown into a more womanly shape that I feel comfortable in and that I’m proud of. I’m celebrating who I am now, not trying to get the body I had when I was 15. One of the messages I want to share with other women is to celebrate yourself. Own your curves and strengths, rather than trying to look like somebody else or be skinny. I’d rather be strong and fit than anything else.”

Click for next Article
Previous article: The One Order You Should Never Make At A Steakhouse
Next Post: The Anatomy Of James Gandolfini’s Fame, Untimely Death, And Lasting Legacy