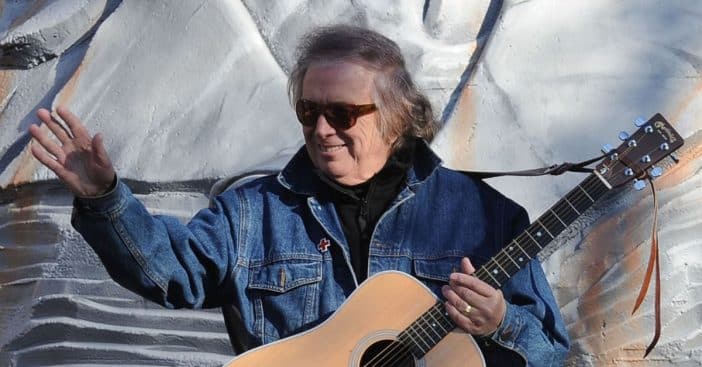 “American Pie” is a song written and recorded in 1971 on the album of the same name by Don McLean. The song got a lot of recognition as it charted number one on the US Billboard chart in 1972. It also topped the charts in Australia, Canada, New Zealand, and the UK, where it was number 2. The song has the reputation of being one of the most successful songs of the 20th century and spent 50 years as the longest song — at 8 minutes and 42 seconds — to reach Number 1 on the Billboard charts, with Taylor Swift’s “All Too Well (10 Minute Version) arriving in 2021.

To mark its 50th anniversary, singer McLean recently, in an interview with Fox News Digital, spoke about the compliment he got from legendary country musician Garth Brooks who is starring in a new documentary titled The Day the Music Died: The Story of Don McLean’s ‘American Pie. “He said it’s probably one of the greatest songs in music history. And he says a lot of wonderful things in the movie. It’s a very personal expression of his love for the song, going back to when he was a little boy. He feels the song in some way is parallel to his career and his life in music; that somehow the song brought him into that,” said McLean while recounting Brooks’ words to him.

Don Mclean Reveals The Meaning Of The Song

Making the verse “the day the music died” the focal point, McLean gives meaning to the words, saying, “Well, the day the music died, is a metaphor for death, of course, but for the death of the spirit, music is the equivalent to spiritual life. And so, you know, if the music dies, the spirit dies. And so each verse of ‘American Pie’ adds another layer of the story that happened on that day that the music died. It’s all poetic, really. It’s not prose, you know, it’s meant to be taken in metaphorical terms. A lot of that song, like a lot of songwriting.”

The songwriter went further to explain that the verse “the day the music died” was also a reference to the 1959 plane crash, which had Buddy Holly, Ritchie Valens, and Jiles P. Richardson as victims. The singer was just 13 years old when news of the death of his idol Holly was broken to him.

The Day the Music Died: The Story of Don McLean’s American Pie is a new documentary that is currently streaming on Paramount+. As the title suggests, it focuses on the story behind the making of the “American Pie.”

The 90-minute film begins with the tragic crashing of the single-engine plane that claimed the lives of the aforementioned musical sensations. The crash took place in a cornfield north of Clear Lake, Iowa, on February 3, 1959, just after their performance at the Surf Ballroom in Clear Lake. McLean describing the effect of the tragedy on his persona, said, “I was in absolute shock. I may have actually cried. You can’t intellectualize it. It hurt me.”

The documentary features interviews with musicians Garth Brooks, “Weird Al” Yankovic, Brian Wilson, as well as Ritchie Valens’ sister, Connie. It will also showcase the recording process of the album, which was not smooth sailing as producer Ed Freeman was not convinced with McLean’s list of songs; he also did not think he was capable of playing rhythm guitar on the album.

Click for next Article
Previous article: Melissa Gilbert’s Journey Of Self-Discovery Began On The Set Of ‘Little House On The Prairie’
Next Post: The Positive Changes In Frank Fritz’s Life Since Being Fired From ‘American Pickers’