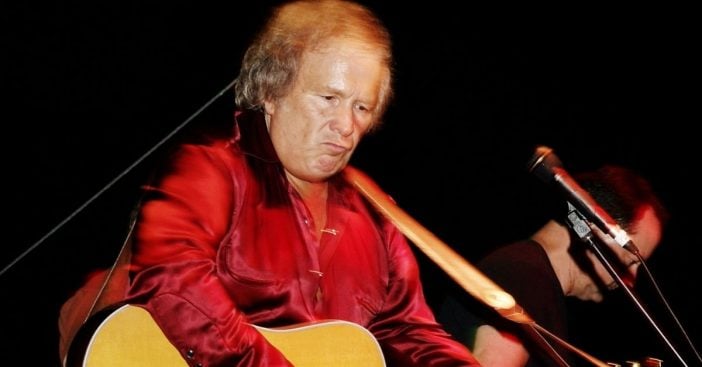 Singer/songwriter Don McLean recently spoke to The Irish Times and did not hold back on his thoughts about his ex-wife Patrisha when asked about her. “I can truly say that my ex-wife is the worst person I ever knew,” he honestly says. “There’s nobody that compares.”

He continues, “All these love letters that she sent me every month for 30 years — they immediately turned to salt.” The couple originally got hitched in 1987 but divorced after a domestic incident in 2016.

McLean pleaded guilty to domestic violence assault. This was dismissed after he agreed to the terms of a plea agreement. He pleaded guilty to three other charges as well. McLean’s attorney says he paid the fine “not because he was in fact guilty of anything, but to provide closure for his family and keep the whole process as private as possible.”

He did admit that the split actually took quite a while for it to sink in. In response to McLean’s comments, Patrisha spoke to Fox News, saying: “There is a 10-year restraining order against my ex-husband for the 29 years of domestic abuse that he inflicted on me. The order stipulates that he cannot disparage me on social media. And it is unfortunate that the stipulation does not extend to media in general as that gives him the opportunity to continue abusing me as domestic abusers always do, always find a way to do, even when you manage to physically get away.”

An organization to be the voice for domestic abuse victims

Back in April, Patrisha’s attorney Chris MacLean actually revealed that she planned on seeking a hearing on allegations of abuse. However, the state supreme court rejected Patrisha’s appeal of a judge’s decision “preventing her from raising the issue of abuse when her protection order was extended by 10 years, until 2029.” However, the court did say that she has a right to request a hearing on whether she was abused or not.

Patrisha is currently the founder of Finding Our Voices. The organization aims to bring awareness of domestic abuse by sharing stories from victims. Back in 2019, she launched a photo exhibition, which Patrisha says is important for survivors because it’s about “domestic abuse that we kept silent about for decades, and sometimes decades ago.”