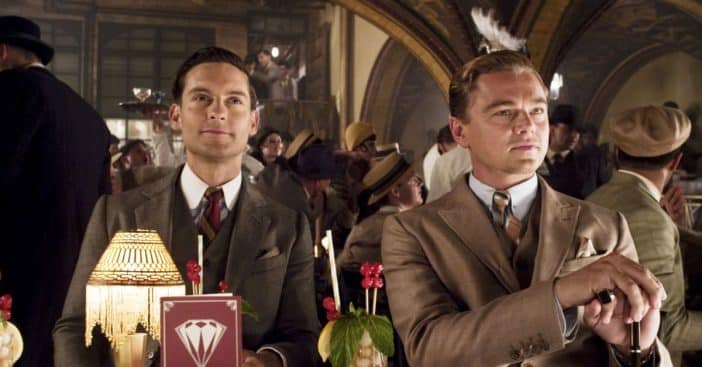 Leonardo DiCaprio and fellow actor Tobey Maguire hated one of the final cuts of their films so much that they got it banned. Leo and Tobey first starred together in 1993’s This Boy’s Life. They reunited in 2001 for a film called Don’s Plum, named after the restaurant where the film takes place.

Five friends actually wrote the film and one of them, Dale Wheatley, said, “We believed we were making a film with our friends and foolishly didn’t pay attention to paperwork.” It was supposed to be a short film instead of a feature and no real script was formed. The film is basically a group of friends talking about random things over dinner and the actors weren’t too happy with the final project.

Leonardo DiCaprio and Tobey Maguire got one of their films banned

They argued that the friends at dinner are former child stars and the conversations were so natural-sounding that fans might think these were their true selves. With dialogue that isn’t exactly glowing in their favor, Tobey and Leo wanted it banned from seeing the light of day.

RELATED: How Leonardo DiCaprio Is ‘Helping The People Of Ukraine’ Through Humanitarian Efforts

So, they took legal action, claiming that they signed up to star in a short film but it was made into a feature-length release. They wanted it banned in Canada and the United States. Dale responded, “While the world celebrates — and certainly Americans celebrate — his [DiCaprio] great achievements in cinema, he chooses to use an iron fist to suppress the work of many other artists including him in a film made 20 years ago.”

Now, with the Internet and streaming services, you can reportedly find the film on YouTube. You can also find it at FreeDonsPlum.com.

Click for next Article
Previous article: New USPS Prices Now In Effect — What Does This Mean Going Forward?
Next Post: LEGO 90th Anniversary Encourages Kids And Adults To Embrace Their Creativity