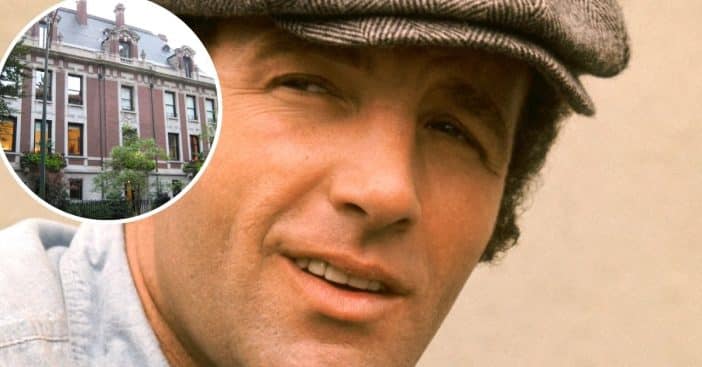 Back when Scott was very young and James was going through a divorce, James lived at the Playboy Mansion for a short time. In 2003, James revealed, “To get over my divorce, I got a prescription to live at the Playboy Mansion for a while.” Young Scott would visit his dad at the infamous mansion and James once joked that he’d “have Scott bring me girls.”

Scott added, now 45 years old, “No one could say no to a cute little boy.” Scott’s mother is Sheila, who was only married to James for about a year.

RELATED: Just In: ‘The Godfather’ And ‘Misery’ Star James Caan Dies At 82

James is survived by sons Scott, James, Jacob, and Alexander, as well as daughter Tara. He once joked, “I have four wives and five kids. I apparently don’t know the difference [between sex and love].”

His kids confirmed his death at the age of 82 and shared the statement, “It is with great sadness that we inform you of the passing of Jimmy on the evening of July 6. The family appreciates the outpouring of love and heartfelt condolences and asks that you continue to respect their privacy during this difficult time.”

RELATED: After News Of James Caan’s Passing, Tributes From Hollywood Stars Pour In

Click for next Article
Previous article: ‘F Troop’ Star Larry Storch Has Died At The Age Of 99
Next Post: How John Wayne Pranked James Caan During Filming Of ‘El Dorado’