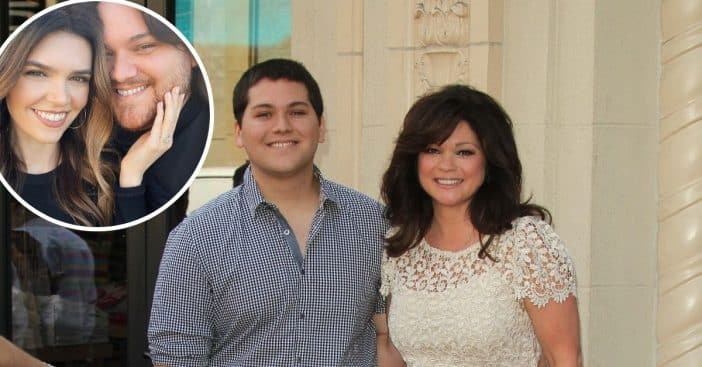 Wolfgang Van Halen is engaged to his longtime girlfriend, Andraia Allsop. The 31-year-old shared the news on social media by sharing a photo of himself and Andraia with the caption, “She said yes!!”

His mom, Valerie seemed overjoyed with the news and commented “So happy!!!” with crying emojis. Wolfgang and Andraia have been together for about seven years and were seen together at the 2022 Grammy Awards. Valerie attended with the couple too.

Wolfgang received his first Grammy nomination this year. He has followed in his father’s footsteps and previously rocked out with his dad in Van Halen. Now, he has his own band called Mammoth WVH. He was nominated for the song he wrote about his late father called “Distance.”

RELATED: Wolfgang Van Halen Shares The Advice From His Father That He Follows Every Day

While he didn’t win the Grammy, Wolfgang shared his gratitude for even being nominated for the prestigious award. He said at the time, “I got to have a wonderful night with the two most important women in my world. Such an honor to be nominated for the first song I ever released on my own, in a category with artists I’ve looked up to my entire life. I don’t know if that’ll ever fully set in.”

Another @mammothwvh run in the books. Thanks to all who showed up and had a good time with us 🙏

“Pop didn’t win the first time he was nominated too, so it looks like I’m following in his footsteps quite nicely,” he continued. “Who knows what the future holds. All I know is I’m feeling pretty damn grateful. What a wild experience this was.”

Congrats to Wolfgang and Andraia!